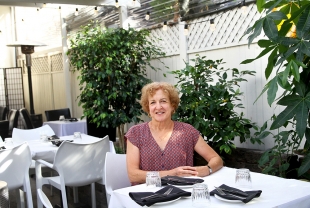 I will certainly miss reading your reviews, Sheila! Good luck with life, love and other mysteries -- and whatever the future brings in the East Bay!

I was lucky to be able to accompany Sheila on some of her dining out adventures over the years, including what she describes as her worst meal ever. (I concur and still wonder why there are lines outside that restaurant every weekend night.) I will miss her reviews. I hope she finds an outlet for her wit and wisdom on the other side of the bay.

3 people like this
Posted by Regrettable
a resident of Another Palo Alto neighborhood
on Sep 4, 2015 at 7:46 pm

There is a bonanza Fidel reason the East Bay is a cheaper place to live: it is a food, grocery, and restaurant desert.
There is one heck of a lot of crime. And the only culture over there is in the yogurt.

The police won't answer a call unless you are in the process of being murdered, either! You even have to write and file your own police report.....this is why everyone has security cameras on all sides of their house.

Like this comment
Posted by Regrettable
a resident of Another Palo Alto neighborhood
on Sep 4, 2015 at 7:48 pm