It's a makeover for Stanford defense with nine new starters 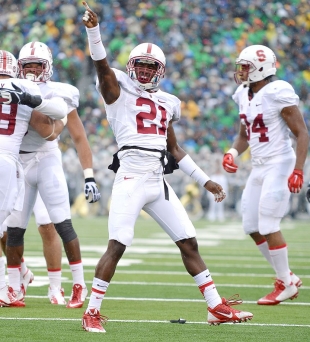 Ronnie Harris (21) is one of nine new defensive starters for Stanford, which opens its season Saturday at Northwestern. Photo by Robin Allam/isiphotos.com

I am excited about the season! I think that Stanford will surprise quite a few of the critics this season.

1 person likes this
Posted by Shallow Alto
a resident of another community
on Sep 4, 2015 at 2:46 pm

You mean, they could go back to being terrible again?

Let us hope so.

Many of us are unaffiliated with Stanford and tired of reading their breathless press releases in our local press.
Thank you.