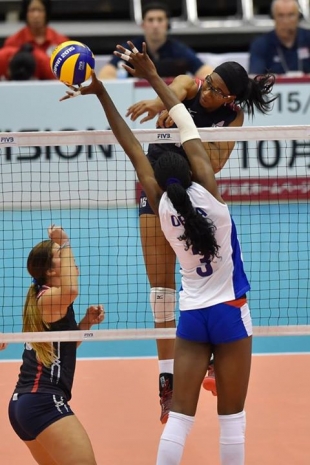 Stanford grad Foluke Akinradewo puts away one of her five kills on six errorless attacks in the first two sets in Team USA's win over Cuba on Tuesday. Photo courtesy of FIVB.