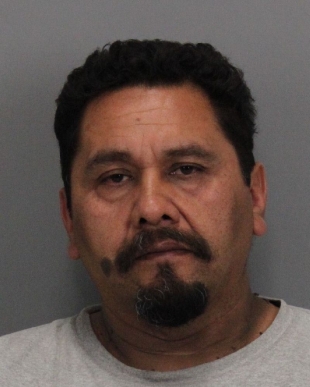 "In August 2013, pursuant to a negotiated plea under which he would receive a maximum 32-month sentence, defendant Robert Angelo Ayala pleaded no contest to possession of a controlled substance, phencyclidine, a felony (Health & Saf. Code, § 11377, subd. (a)), possession of drug paraphernalia, a misdemeanor (Health & Saf. Code, § 11364.1), and resisting, delaying or obstructing a peace officer, a misdemeanor (Pen. Code, § 148, subd. (a)). He also admitted all enhancements alleged in the information, namely, allegations that he had two prior strike convictions and had three prison prior convictions. The court exercised its discretion to strike both of the prior strike allegations pursuant to People v. Superior Court (Romero) (1996) 13 Cal.4th 497 (Romero) and struck two of the prison prior allegations. It imposed a suspended sentence of 32 months and placed defendant on probation for five years. Defendant filed a timely appeal. We will affirm.

On the afternoon of June 25, 2012, San José Police Officer Bryan Tran responded to a reported disturbance in the parking lot of a California Check Cashing business. It was reported that a Hispanic male had a gun which he had placed in his back pocket, and that he had entered a green truck. Officer Tran saw a green truck leaving the lot with a Hispanic male behind the wheel. Officer Tran identified that person in court as defendant. Officer Tran initiated a traffic stop, using his red lights and siren; the truck pulled off to the side of the road. As Officer Tran and a backup officer, Officer Martinez, approached the truck on foot, it sped away. (The truck had stopped for approximately 30 to 45 seconds.) Officers Tran and Martinez then followed the truck in their separate patrol vehicles. The officers did not use their lights and sirens in following defendant, because of department policy about the dangers of patrol car pursuits of vehicles. The truck was travelling at approximately 45 miles per hour in a 25 mile per hour zone; Officer Tran also observed defendant run a stop sign. The truck stopped about one mile from the original scene. The officers “initiated a felony car stop and ordered the suspect out of the vehicle.” After defendant got out of the truck, he was taken into custody.

After identifying the driver, Officers Tran and Martinez obtained information on his status by radio: Defendant had a suspended license and was on probation and therefore “searchable.” Another officer, Officer Rapp, conducted a search of defendant’s truck; he found a glass smoking pipe and three leños (marijuana cigarettes laced with PCP).


Good job by the PDs involved.