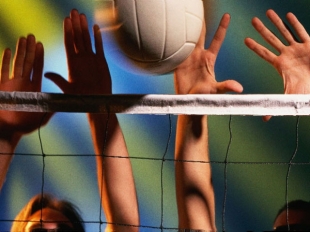 Castilleja will officially get the 2015-16 high school sports season under way when its volleyball team visits Hillsdale on Tuesday night at 7 p.m. For the Gators, there's much to improve on.

A new season, however, brings a fresh start for coach Jackie Heler's squad that features just one senior -- Madeline Johnson. Seven juniors and four sophomores make up the roster's core.

The match with Hillsdale is a CCS Sportsmanship match, which doesn't count on either team's record.

On Wednesday, volleyball continues with Gunn opening its season at Monta Vista at 7 p.m. The Titans are coming off a 16-15 season that ended with a loss to top-seeded Menlo-Atherton in the second round of the Central Coast Section Division I playoffs.

On Thursday, the Sacred Heart Prep girls will begin defense of their 2014 CCS Division II title by hosting Leland at 6 p.m. The Gators have won an unprecedented eight straight section crowns.

SHP will open its season without junior standout Maddy Johnston, who is playing for the USA Cadet Women's National Team at the UANA Youth Pan American Championship in Kingston, Jamaica.

Also playing for the U.S. is Gunn sophomore goalie Zoe Banks. She'll miss the Titans' season-opening tournament at home this Friday and Saturday.

These local restaurants are donating meals to Bay Area residents in need. Here's how to help.
By Elena Kadvany | 6 comments | 11,058 views

Coronavirus: Plan ahead now for a big outbreak
By Diana Diamond | 18 comments | 4,076 views

Will the Coronavirus Save Lives?
By Sherry Listgarten | 29 comments | 3,848 views