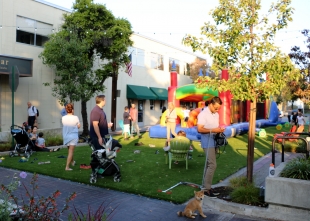 The "pop-up park" Menlo Park has installed on Chestnut Street between Menlo and Santa Cruz avenues will be there for six weeks.Photo by Clay Curtin/City of Menlo Park.