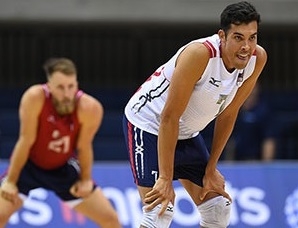 Stanford grad Kawika Shoji got the start at setter for the U.S. men. Photo by Jordan Murph/USAV