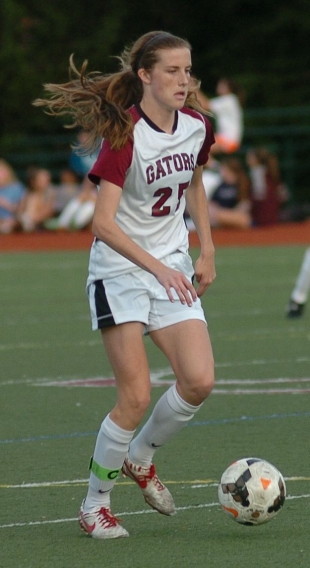 Sacred Heart Prep senior midfielder Tierna Davidson is among the 31 members of the U.S. Under-20 women's national soccer team at the National Training Center at StubHub Center in Carson through Sunday. Photo by Keith Peters/Palo Alto Online Sports.