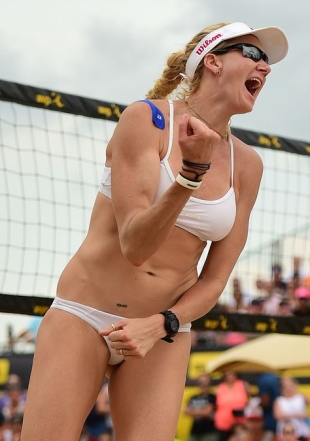 Stanford grad Kerri Walsh Jennings and teammate April Ross are off to a 2-0 start at the $800,000 ASICS World Series of Beach Volleyball in Long Beach. Photo courtesy of FIVB.