Stanford women's soccer hopes for a healthy start in 2015 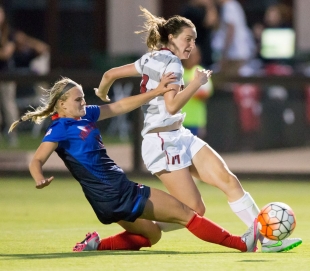 Stanford sophomore Andi Sullivan (right) was the National Freshman of the Year in 2014. Photo by Bob Drebin/stanfordphoto.com

Portland's Thai food darling Pok Pok will be popping up on the Peninsula this spring
By Elena Kadvany | 2 comments | 3,761 views

Flying: How to lower your impact
By Sherry Listgarten | 19 comments | 3,016 views