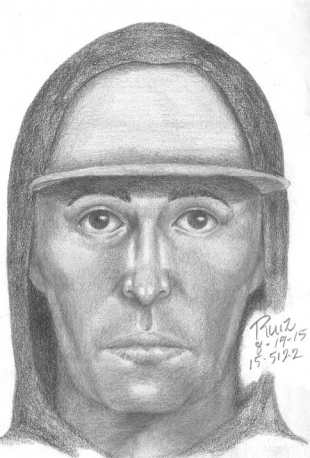 A sketch of the man who allegedly robbed a couple near the Friendship Bridge before riding away Tuesday evening. Courtesy of Palo Alto Police Department

What is going on in Palo Alto! Expensive place to live, but you can't go for a walk without being robbed.


@april - we have this robbery, the sexual battery downtown, the bike thief caught on the roof, the druggy prowling in yards off Melville, the Buena Vista stabbing. Busy few days in Palo Alto.

"What is going on in Palo Alto! Expensive place to live, but you can't go for a walk without being robbed."

When people are still paying $10 an hour, and rents are jumping from $1,600 to $2,800, you can expect incidents like this happening more often.

Report Objectionable Content
Email Town Square Moderator
11 people like this
Posted by Resident
a resident of Charleston Gardens
on Aug 19, 2015 at 9:57 pm

Turning a small town into a big "vibrant" city has changed Palo Alto for the worse.

Report Objectionable Content
Email Town Square Moderator
33 people like this
Posted by Slow Down
a resident of Community Center
on Aug 19, 2015 at 11:39 pm


@Resident of EPA - Oh yeah, I'm sure he needed the money to buy bread to feed has family. Nothing to do with drugs or addiction. BTW, it is a real insult to the hard working lower income people for you to insinuate that they would stoop to robbery over rent. The difference between someone who would rob at gunpoint isn't whether the minimum wage is $5 or $10 or $15, it is whether a person has any sense of decency or morality.

Report Objectionable Content
Email Town Square Moderator
11 people like this
Posted by trump was right
a resident of Duveneck/St. Francis
on Aug 20, 2015 at 6:59 am