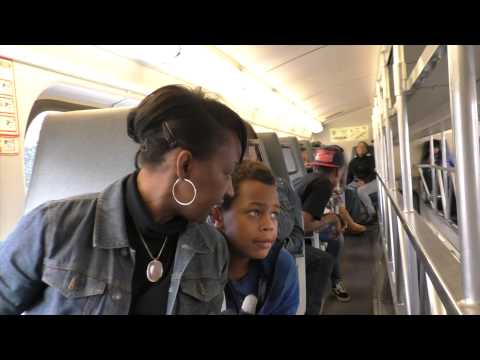 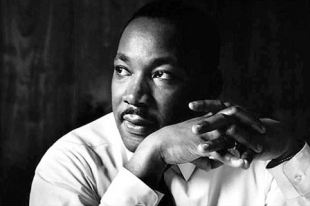 Monday's 54-mile round trip of the Bay Area's Freedom Train from San Jose to San Francisco to honor the civil rights legacy of Dr. Martin Luther King Jr. was its last after three decades, and all 1,400 seats were sold out.

The association has chartered a Caltrain train for the trip each year.

The annual trip was originally one of about 30 Freedom trains run across the country and started after King's assassination in 1968. The tradition was started by his late widow Coretta Scott King to commemorate the 54 miles marched by her husband and other civil rights activists from Selma to Montgomery, Alabama, in March 1965.

That march, to bring attention to civil rights and racial equality in the United States, is also being showcased in the Oscar-nominated movie "Selma" in current release.

But the San Jose-San Francisco Freedom train is the last of its kind in the nation since the Bay Area train began operating 30 years ago and marks the end of an era for Caltrain, Reisman said.

"This is the only one remaining," Reisman said.

"It's unfortunate," he said. "Caltrain has always been part of this tradition, and we're sad it's ending. It's been important for us."

Kathleen Flynn, president of the association, sent an email to Reisman on Friday stating that she had sold all of the tickets for today's train ride and to "expect 1,400 people and a boatload of media" at Diridon Station in San Jose.

Flynn thanked supporters in the email and added: "This has been both a wonderful and sometimes difficult journey. Thanks to you, I'm still kicking!"

Can you stay healthy without making more trash?
By Sherry Listgarten | 6 comments | 3,058 views

Think about helping others in our coronavirus-affected area
By Diana Diamond | 7 comments | 2,795 views

The University of California’s flexible policies during COVID-19
By John Raftrey and Lori McCormick | 5 comments | 1,119 views