Day sleepers: The challenge of working nights in Silicon Valley 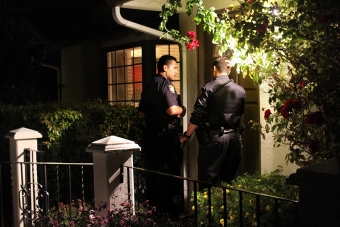 This is a big problem.

It used to be the case that with all the overseas travel that was necessary getting over jetlag was the big problem for any international business worker.

Nowadays, with teleconferencing, there is less of that but in return there is the problem of having teleconferences very late at night and also very early in the morning to be able to talk to those across the globe in their 9 - 5 timeframe. The even bigger problem is when Europe, Asia and Silicon Valley all need to teleconference together. Generally speaking, it is the Silicon Valley people who end up conferencing in their pajamas at 2.00 am or 5.00 am!

Maybe I missed it but I did not see any mention of noise in the article.

I think many Palo Alto residents would be surprised to learn if they stayed up at night and listened how much noise there is from airplanes overhead.

I am often up awake writing or working on my computer and at the strangest hours of the early morning I hear airplanes passing directly overhead. The air is dense and the noise if loud, there can even be rather heavy vibration.

When you are asleep you may not be conscious of hearing it, but you will come out of a deep sleep sleep, wake up, hear and airplane just in time to hear it fade away and then go back to sleep and forget that it happened, but it interferes with your sleep. This happens almost, if not, every night, sometimes multiple times a night.

Does anyone else notice this?

Airliners approaching SFO and even most smaller airplanes fade into and out of earshot gradually, and with fairly smoothe sound. The helicopters are more obnoxious in the wee hours with their beating rotors and lower altitudes. I haven't noticed "heavy vibration".

We're fortunate not to live in a bigger city with sirens all night and kids with booming sound systems in their vehicles. Shift workers here can sleep a little better in daytime with gasoline leaf blowers outlawed, but there's still the gas lawnmowers and frequent chain saw or other construction project. As our density continues to increase, those wanting any peace will be forced to just move away.

I agree with the convenience of 24/7 Safeways and nice lack of graveyard traffic.

I skimmed through the article and was disturbed that there was nothing written about sleep and students, yet there was a photo of a Paly student who works on homework at 3:30am, saying he stays awake "until the energy drink wears off." The other people profiled had work schedules that provided time to sleep... albeit at strange hours. Students don't have that luxury.