A fond farewell from the Peninsula Foodist

I have some bittersweet news: This marks my farewell as the Peninsula Foodist.
After putting out 47 Peninsula Foodist newsletters and eight years covering restaurants and education for the Palo Alto Weekly and our sister publications The Almanac and the Mountain View Voice, I'm taking a job as a food reporter at the San Francisco Chronicle.

I've felt the full emotional gamut that comes with starting a new life chapter after a very formative one, and it feels particularly difficult to leave behind this column and the community behind it. When I first started the Peninsula Foodist column many years ago, I had no idea what it would turn into. I just wanted to write about restaurant news and do justice to the food of the region I grew up in. Fast forward to today, and there's the column, a newsletter and thousands of passionate people who are as obsessed with the ins and outs of local food as much as I am. 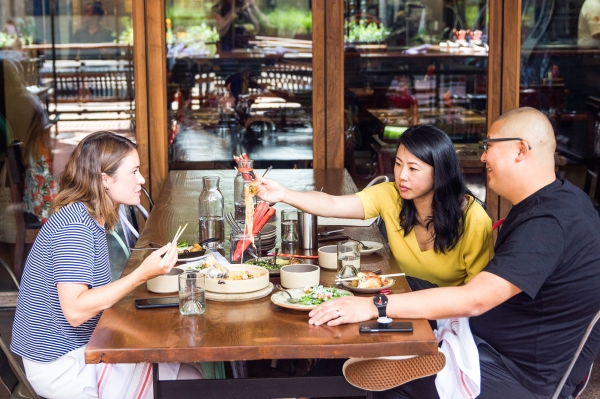 One of my editors suggested I put together a list of my favorite stories from over the years for this last article. It's almost impossible to do that since, at the risk of sounding really sappy, they're all my favorite in different ways. My reporting took me into local kitchens and bakeries and gave me access to some of the Bay Area's most interesting and important culinary characters. It gave me an excuse to start basically my dream series — asking local chefs out to lunch at a restaurant of their choice for an interview (the photo above, taken pre-pandemic, is from the first conversation in that series with the former Maum co-chefs).

But I'm going to list a few stories below that have stuck with me and illustrate the driving force behind the Peninsula Foodist: to be the most comprehensive, compelling source for food news in this region, and, most critically, to tell the stories behind the food on our plates.

It's hard to express how rewarding it is to build something from the ground up, especially in the media world. I'm so grateful to parent company Embarcadero Media for supporting this passion project and investing in restaurants as a serious beat in and of itself, which wasn't the case for a long time (maybe ever) at our newspapers. In that vein, the Peninsula Foodist will continue on with a new writer.

Thank you so, so much, for all of your support over the years — every email, tip and interview. I still have lots of connections on the Peninsula and plan to be around (read: eating) often, so please don't be a stranger. You can always reach me on social media at @ekadvany on Twitter and lenak21 on Instagram.

Here are seven of my most memorable stories: A spread at Vung Tau, including lemongrass beef charbroiled in banana leaf, shaking beef and bánh h?i with grilled pork and sugarcane wrapped in shrimp. Photo by Michelle Le.

The restaurant serves eight noodle soups, each of which starts with the same broth but tells its own story about Vietnamese history through toppings, condiments and serving style. 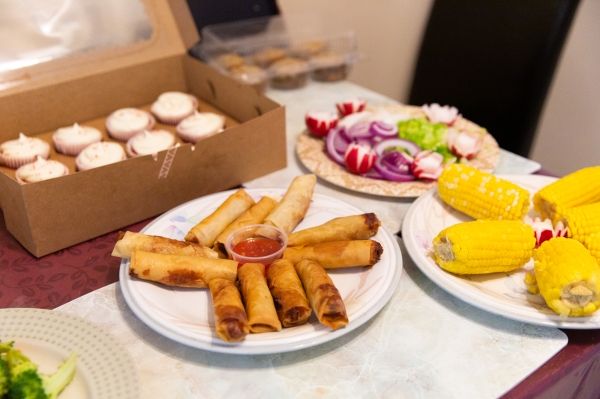 A variety of lumpia is served with sweet and sour sauce. Photo by Magali Gauthier.

There's an underground food movement booming on the San Francisco Peninsula.
It's not happening at restaurants, but in the homes and backyards of out-of-work cooks, high school coaches, mothers and fathers — people who have turned to selling food to make ends meet during the coronavirus shutdown. On any given day, if you're clued into the right Instagram and Facebook pages, you can find homemade quesabirria tacos, fresh tamales, lumpia, pupusas, smoked brisket, smoothies, boba tea and otai (a Polynesian drink made from fresh fruit).

How 12 million pounds of food gets distributed during a pandemic 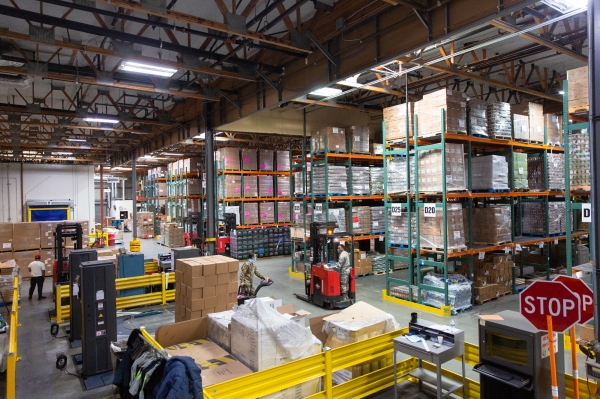 A line of cars stretched through the parking lot of the Mountain View Senior Center on Tuesday morning, drivers waiting patiently for boxes of fresh produce, milk, eggs, canned goods and chicken to be placed in their trunks by masked volunteers. One young mother left quickly to prepare food for her baby, while two older women filled shopping carts with free food so they wouldn't have to spend money at the grocery store this month. Jose Quijano, who has been out of work since March 16, was picking up free groceries for the fifth time.

Ghost peppers and legal waivers: Our search for the spiciest dishes on the Peninsula Hottest dish on the Peninsula? Steins’ ghost-basco sauce (above with fork) is definitely a contender. Photo by Veronica Weber.

At first, I thought the waivers were funny, almost a gimmick.
I mostly skimmed them, signing my bodily rights away without much thought at two restaurants that required them before serving me the hottest dishes their kitchens can muster. I just wanted to get to the spicy part. 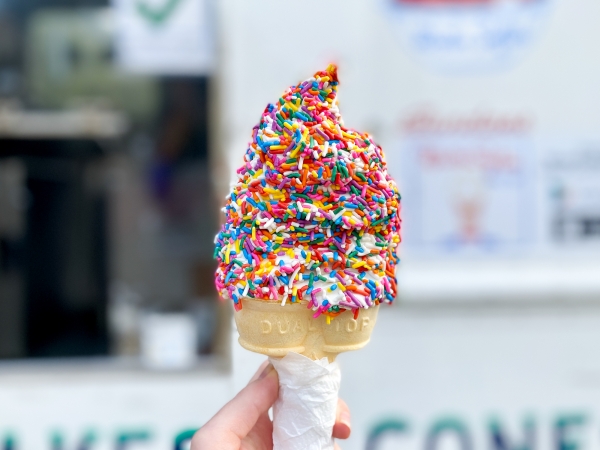 For someone used to food trucks with fixed locations, chasing one down was new to me. Sure, you can use the iconic East Coast soft serve company's smartphone app to track the trucks in real time, but they're constantly in motion. Every time I put in a location on Waze, by the time I arrived, the truck I was following had moved somewhere else, just out of reach. 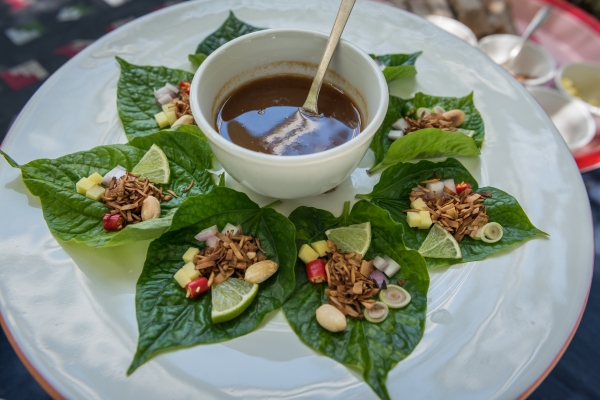 Lalita Kaewsawang was 10 years old, and obsessed with chicken fat rice. Growing up in Nonthaburi, Thailand, she'd return to the same street vendor over and over to watch him make the khao mun gai, a deceivingly simple yet technically challenging dish. She offered to wash dishes for an hour just to be able to watch him pour chicken stock into a vat of rice at the exact right moment.

Behind the scenes at Manresa's staff meal 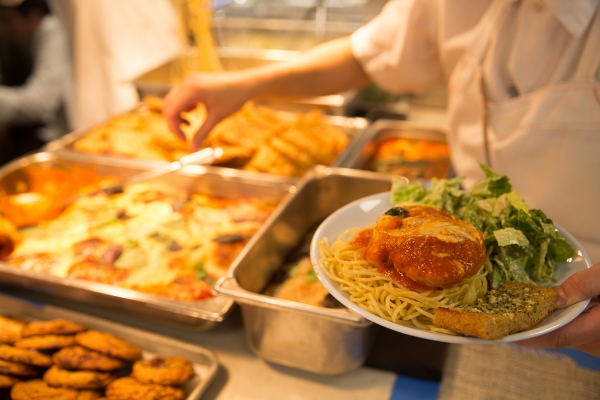 Pasta topped with chicken parm, salad and a cookie on the side at Manresa's family meal. Photo by Michelle Le.

Just after 4 p.m. at Manresa Restaurant in Los Gatos, you'll find some of the kitchen staff in an unlikely setting: sitting in a nondescript parking lot behind the three-Michelin-star restaurant, eating out of ceramic dishes filled with chicken Parmesan, pasta, Caesar salad and garlic bread. Welcome to family meal.