Community catering: How one SF Malaysian restaurant is delivering food to Peninsula neighborhoods

Before the coronavirus, Azalina Eusope's "bread and butter" was catering gigs. The owner of the eponymous Azalina's in San Francisco would bring her Malaysian food to companies and at events throughout the Bay Area.

While that business has dried up during the pandemic, it's thanks to one of those clients that she's stumbled onto a new, community-driven business model: delivering food to neighbors who band together to place a large group order.

"It's almost like catering but to a small community," Eusope said. "It's been so nice knowing that a community, even though you live 45 minutes to an hour away, still wants to help because they had a couple experiences eating your food and it had that much of an impact." 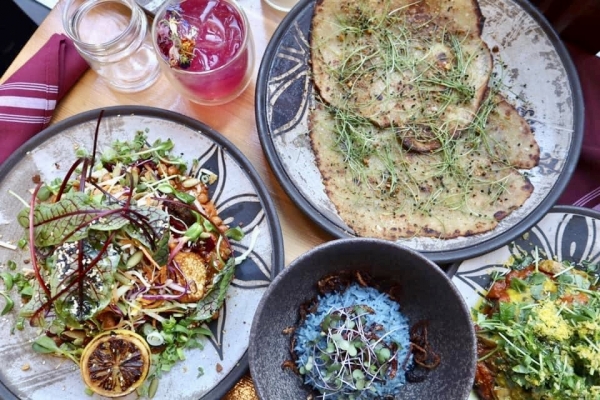 San Francisco restaurant owner Azalina Eusope has started delivering her Malaysian fare to neighborhoods throughout the Bay Area, including on the Peninsula. Photo courtesy Azalina's.

It started in June, when Eusope finally caved to a persistent former catering customer who wanted to organize a delivery in her neighborhood in Palo Alto. She told her neighbors and friends, who came to her house on a designated day and time to pick up their takeout orders.

Now, Eusope's employees bring hand-pulled turmeric noodles, roast duck over coconut rice and other Malaysian fare once a week to a different Bay Area neighborhood, including Mountain View, Redwood City and Sunnyvale on the Peninsula. Other restaurants adopted a similar model during the shutdown, such as San Francisco's Wayfare Tavern, whose delivery van now brings fried chicken to neighborhoods throughout the Bay Area.

Most of the people hosting the Azalina's pickups are customers or friends. Eusope doesn't charge a delivery fee but there have to be at least eight orders to make it worth it financially, she said. Sales at her San Francisco restaurant, Mahila, are still down and she's had to cut her staff by half.

"It's a good business model but it's not saving the business," she said. "It's a good way to keep everybody busy and employed and doing something rather than just throwing (in) the towel. We're trying anything and everything right now." 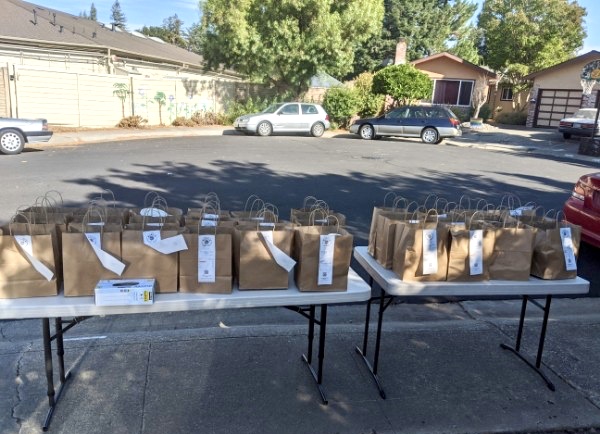 Eusope grew up in Penang, an island off the western coast of Malaysia, and comes from a family of street vendors. She makes mamak food, named for the outdoor food stalls throughout Malaysia. Food and spices in particular are essential to mamak culture, Eusope said. She still has photos of a necklace made of spices wrapped in leaves that she wore until she hit puberty, at which point it's believed that the spices have integrated with the person, becoming his or her "soul spice." The Azalina's logo is an image of star anise, which she said symbolizes perseverance in mamak culture.

"I always tell everyone, 'We successfully stole everyone else's cuisines and made it our own,'" she said.

She said she puts her own spin on Malaysian dishes, inspired by the food her grandmother cooked for her and her seven siblings growing up. Her grandmother was also a street vendor, selling coconut rice out of a basket she carried between villages. The Azalina's menu includes roti murtabak (crispy flat bread stuffed with lamb and dates), hokkien mee (wok-charred shrimp over turmeric noodles) and fried chicken served with a chili-cilantro-coconut sauce and fermented pineapple tea vinaigrette dressing. She grows hard-to-find vegetables and herbs using hydroponics at her commissary kitchen in San Francisco. 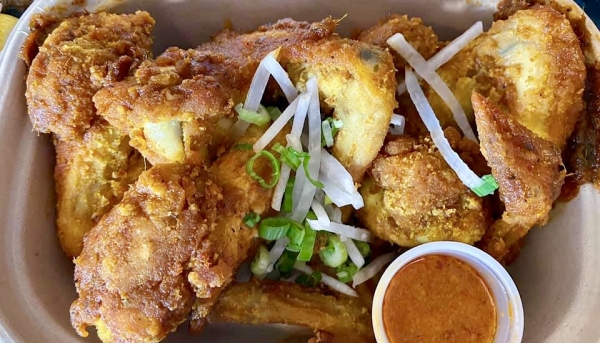 "I'm not doing anything original. It's more about sharing the story and using what's accessible here," she said.

Azalina's next Peninsula pickup is this Saturday, Sept. 26, in Mountain View, from 5-6 p.m. Orders must be placed by Friday, Sept. 25, at 5 p.m. For more information, go to facebook.com.