Ippudo ramen to arrive in Cupertino this Friday

The ramen restaurant is located at Main St. Cupertino (19540 Vallco Parkway), a mixed-use development with restaurants, retail and housing.

Shigemi Kawahara opened the original 10-seat Ippudo in Fukuoka, Japan in 1985, according to the company, which now operates more than 200 locations. Ippudo expanded to California for the first time in 2017 with a much-anticipated Berkeley location, then in San Francisco the following year.

"Following the openings of our Berkeley and San Francisco locations, a Silicon Valley restaurant made sense," said Derek Takeda, Ippudo's director of operations. 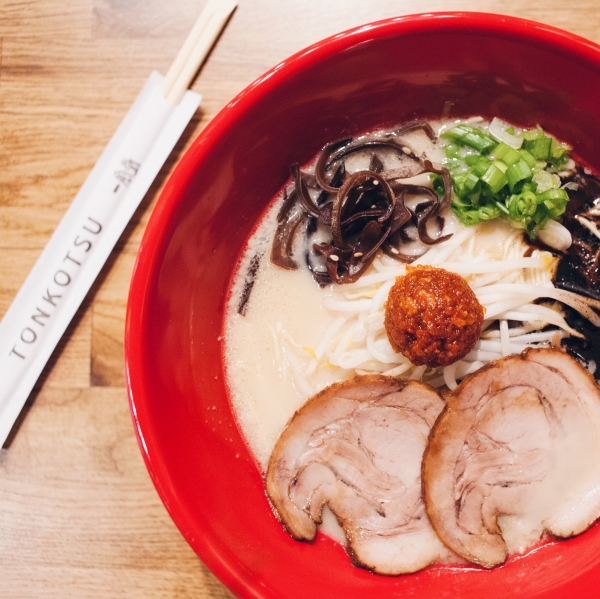 Ippudo kitchens cook the pork broth for 18 hours and then on lower heat for another full day. Ippudo serves two noodles of different thickness and uses the thinner noodles for its the akamaru ramen.

There are also non-pork, gluten-free, and vegetarian and vegan options on the menu. The Cupertino outpost will serve new appetizers recently debuted at Ippudo's new West Hollywood location, including takoyaki and boiled gyoza. 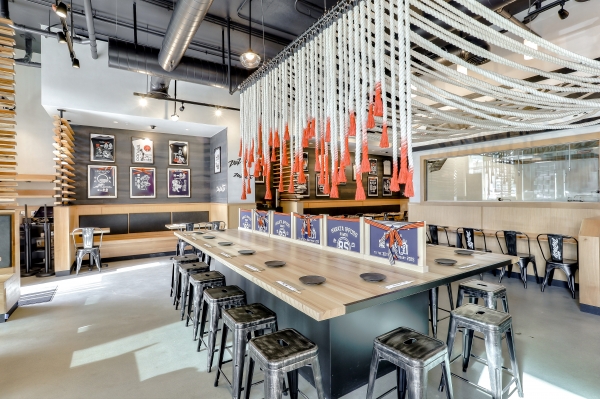 Large, knotted white and red ropes (pictured above) that hang over communal seating in the center of the restaurant are meant to signify "connections between people and the idea that we are all fated to meet," Takeda said. "As a restaurant, Ippudo hopes to connect people regardless of their differences. The ropes are randomly hung at different lengths and heights work to represent that."

Asked whether Ippudo will open more locations in the Bay Area, Takeda said that "exact plans are still in the works" but that the company has put a "heavy focus on the West Coast."