Happy New Year and hi from Detroit. I’m visiting friends and family, while getting in some of the classic hotspots. Happy to report what used to look like a war zone not too long ago continues to spruce; especially the ol’ / new Woodward Avenue, now quite posh; a twinkly-lighted street with sleek, Shinola-esque window displays all afoot. If you find yourself thinking "oh, just another too expensive downtown area-story," I say hold on. This is Detroit, finally rising from the ashes, and we can all celebrate that.

This year’s downtown holiday soiree included a stop at the always-impressive-though-you-probably-didn’t-know-that, Detroit Institute of Arts. Housing one of the largest and most significant art collections including Picasso, Matisse, Warhol and Van Gogh, who knew the DIA is among the “top six museums” in the United States? 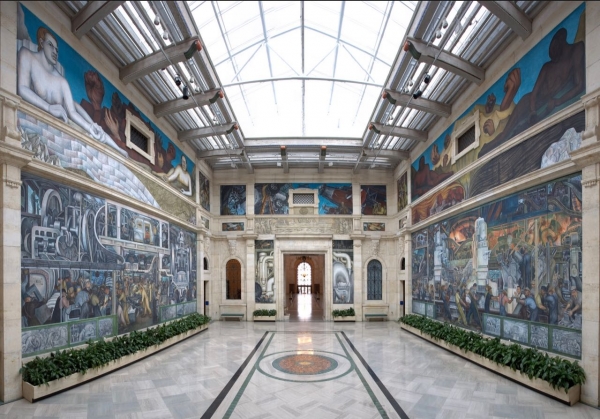 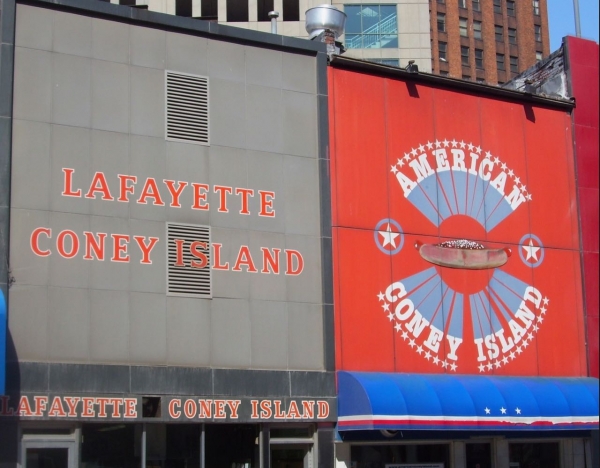 The Keros brothers’ businesses competed side by side for the best coney dog in Detroit for close to 100 years. About 25 years ago, William sold his restaurant to his loyal employees who still own it today.

We crammed in - the old dining room was packed, it’s walls filled with fading sports and celebrity photos. We got lucky to find 4 seats at the counter. “Times haven’t changed much,” my brother-in-law shared. “This is what it looked like when I was a kid.”

The menu hadn’t changed, that’s for sure. 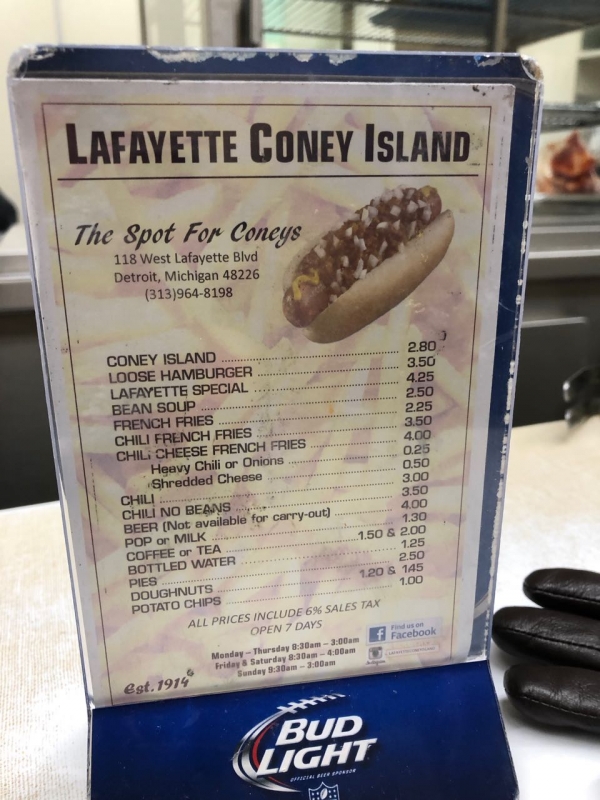 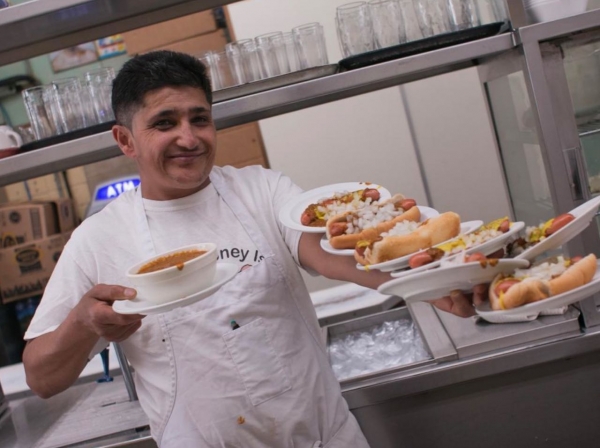 I have such heartfelt, sweet, childhood memories of going to the coney island, even though I’ve never been a coney fan. Instead, I prefer a Loose Hamburger (ground seasoned beef, white onion, yellow mustard on a hotdog bun), one of only ways I will eat beef today. Thinking more about why I still eat this type of beef, and why it was all such the adventure, I realize the food probably wasn’t as much of the draw, as going out to a restaurant. We never went out to eat in the late 60’s – early 70’s, no one did, except for very special occasions like a graduation. In that era, no matter your age, the coney island was a foreign trip to an exotic location. 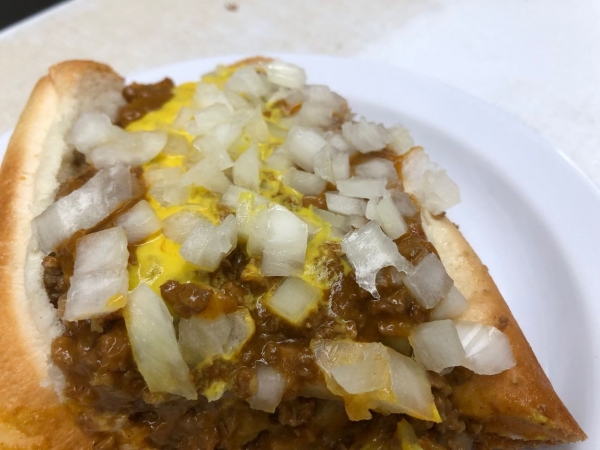 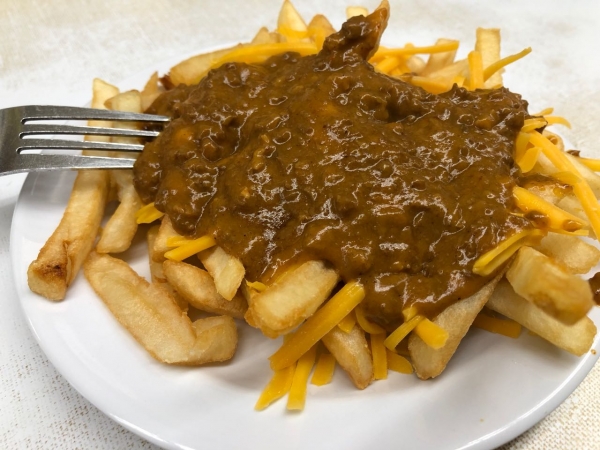 Oh, how do I love thee? Let me count the ways. My brain immediately travels back to the late 1960’s. I’m 8-years old once again, looking up from the counter, recalling body memories that run deep. Not just the taste of the food, but the sound of the crackling grill, the smell of chili, the crunch of onions, the laughter of family and fellow fans. I was infatuated with all of it back then, one of my first Food Parties! A joyful experience I will never, ever forget.

We finished the day’s tour at John K. King Used and New Books, named one of the World's Coolest Bookstores. 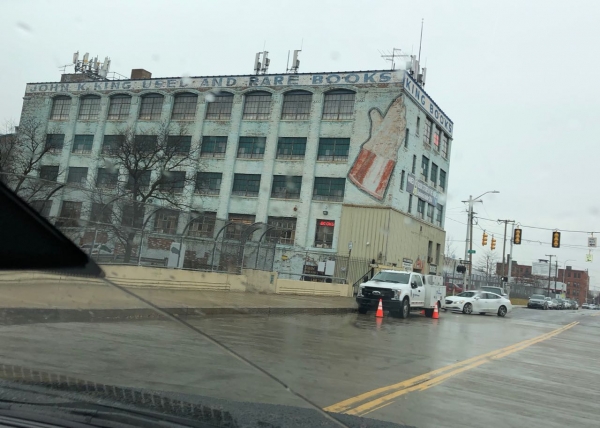 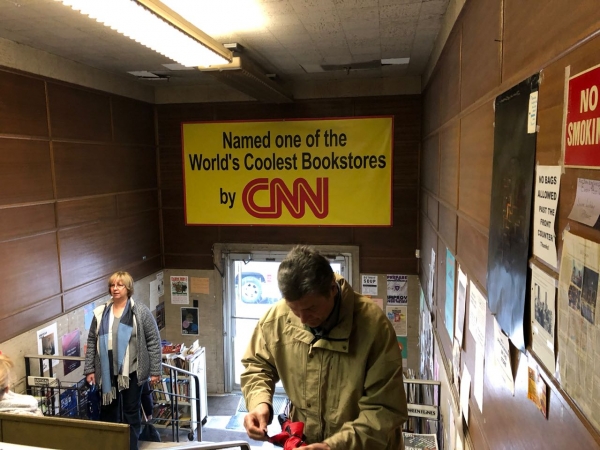 It’s a four story, aging building, packed with old wooden bookshelves stuffed with 10’s of 1000’s of books, and a lot of people buying them. 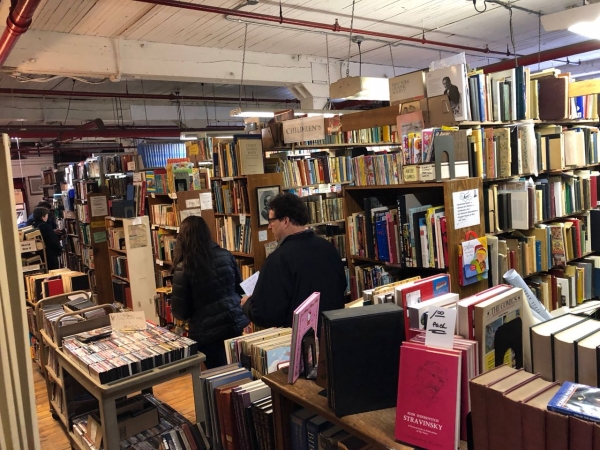 Get lost in the twists and turns of the library stacks, while you listen for the wisdom pouring out from the pages before you. If you make a jaunt to the Motor City, add John King to your tourist stop as well, and find your secret treasure buried among the history.

Detroit vs. Everybody? It’s a sign you see a lot around town these days. 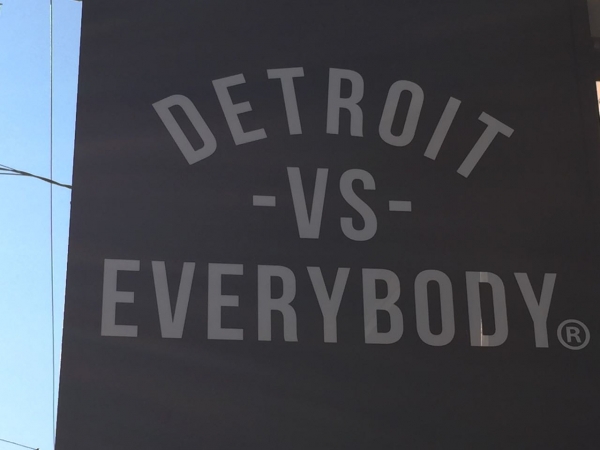 It appears Detroit is winning. :)

photos unless noted by LSIC