Madera's 17,645-bottle wine cellar has won the highest recognition possible from Wine Spectator magazine: the Grand Award, which has been bestowed on fewer than 100 restaurants around the world.

Wine Spectator announced the award on Monday. Madera, located in the Rosewood Sand Hill hotel in Menlo Park, is one of seven restaurants to earn the distinction in 2018. 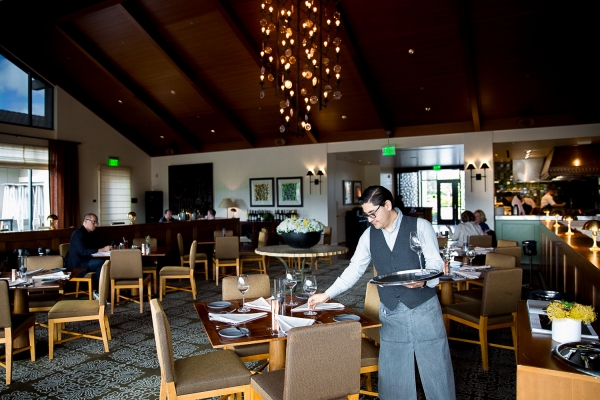 The dining room at Madera. Photo by Michelle Le.

The award is given to restaurants that "show uncompromising, passionate devotion to the quality of their wine program," the announcement states. "These wine lists, which typically have 1,000 or more selections, deliver serious breadth of top producers and outstanding depth in mature vintages, in addition to selections of large-format bottles. Along with superior presentation of the wine list and its excellent harmony with the menu, these restaurants offer the highest level of wine service."

Wine director Paul Mekis has overseen the restaurant's wine program since its opening. An advanced sommelier, he came to Madera in 2008 after a decade at the Plumed Horse in Saratoga, where he earned the Grand Award for nine years in a row.

"I wanted to build a Grand Award list from day one," Mekis told Wine Spectator. "I feel that the list is the best I've ever done, and I'm very proud of it. I put my heart and soul in it."

Aside from the Plumed Horse, Madera and The Village Pub in Woodside are the only South Bay restaurants to hold the Grand Award. The Village Pub has held the award since 2013.