Boy did we Food Party! this week at the Latke Chef competition. What an event!

Ruah Hamacabim from Palo Alto (all the women were from France and England). 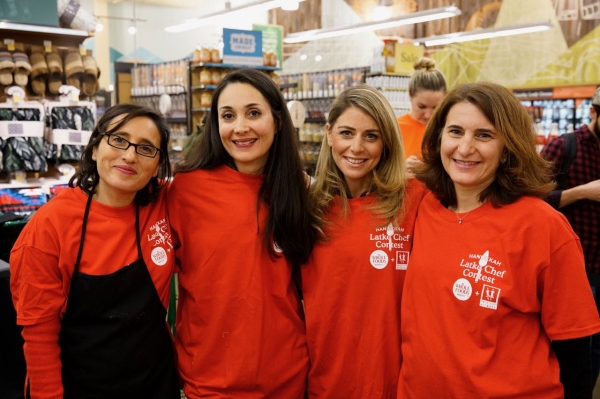 The Babka Boys hailed from all around the Peninsula. 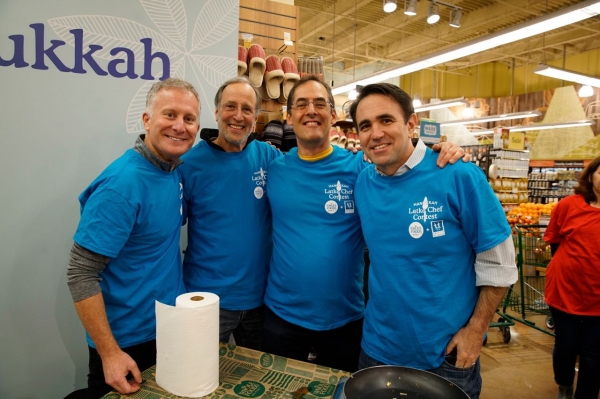 Team Green was from Moishe House of East Palo Alto. 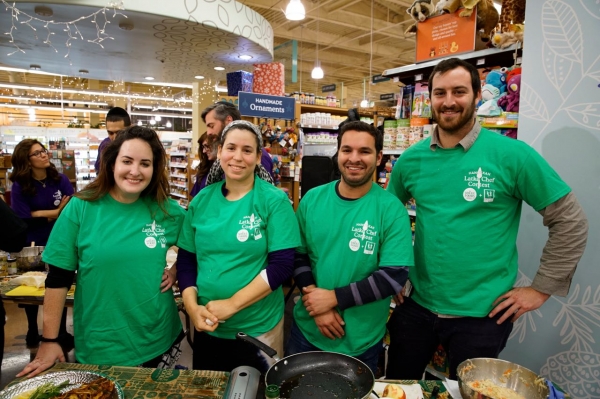 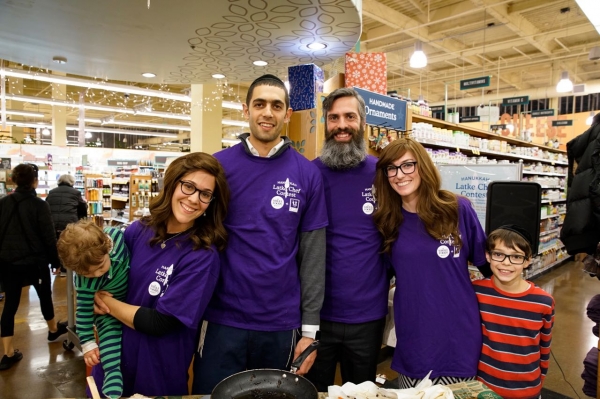 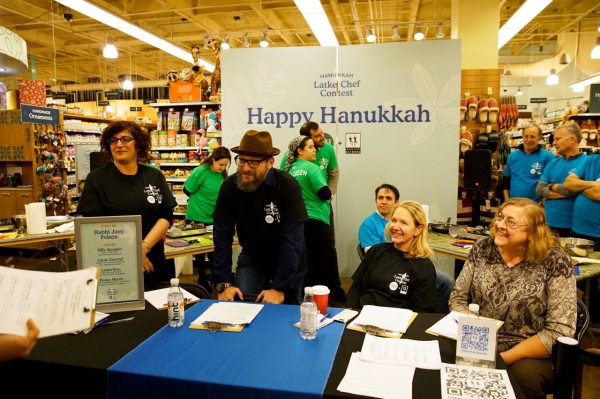 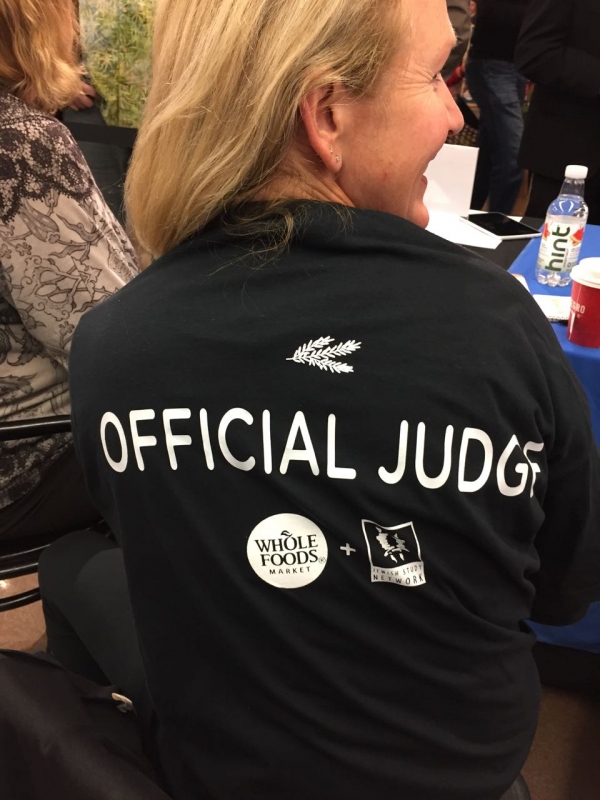 And the teams were off! They had 35 minutes to shop, cook and present. 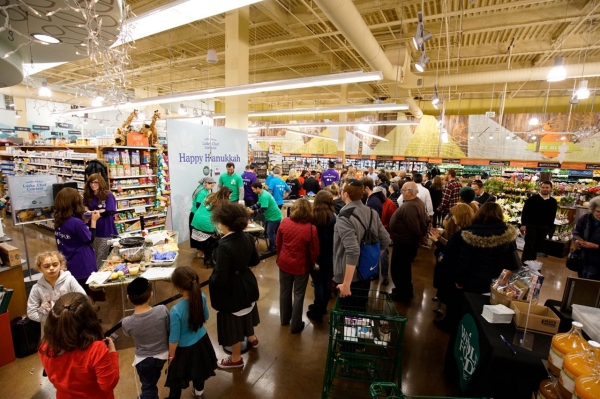 Ingredients given were slim: oil, salt, pepper and egg. Teams could shop for any type of potato, fruit or herb. Also allowed were carrots, and onions of any kind. 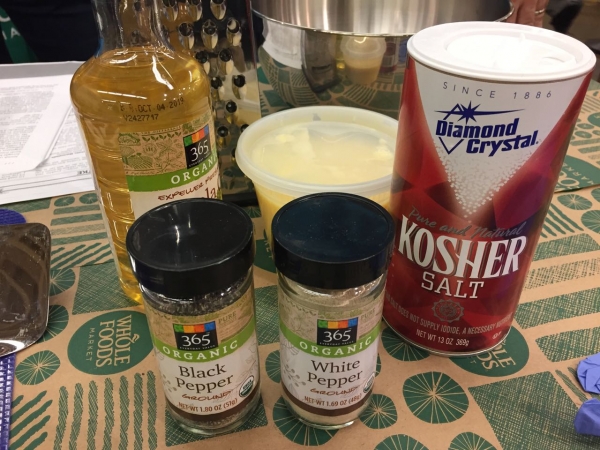 There was variation among the teams on grating style; some chose the larger holes of a box grater and others chose small, but there was no grating wand available as discussed last week; in fact no one I spoke with had ever heard of the tool. Until the competition, I had only used the large holes on my latkes, but discovered I prefer the small. The small holes on the box grater, like the latke grater, result in longer, skinnier potato shards, which I now think react best with the oil.

Some teams used this handy grater to create different textures and for grating their garnish, which also worked well. 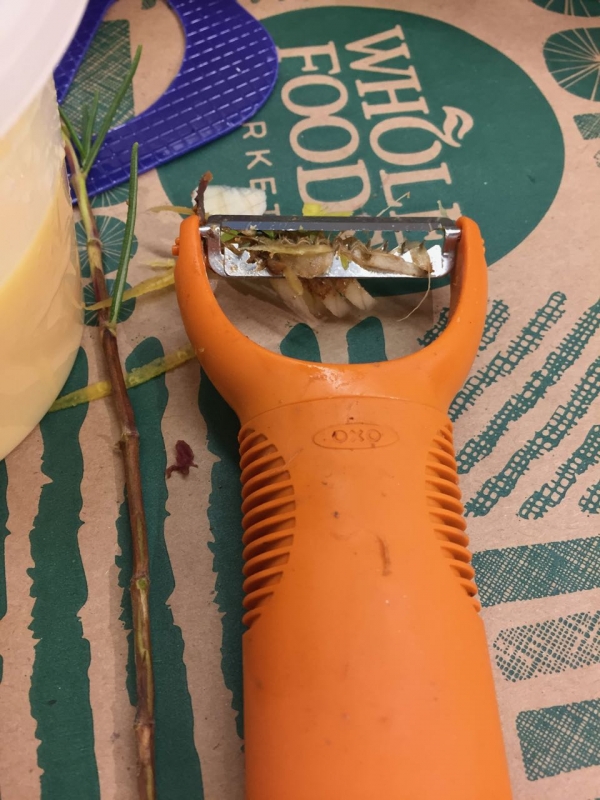 Also on the table was cheesecloth, which I'll now choose as tool of choice (instead of a dishtowel) for squeezing out liquid from the grated potatoes. 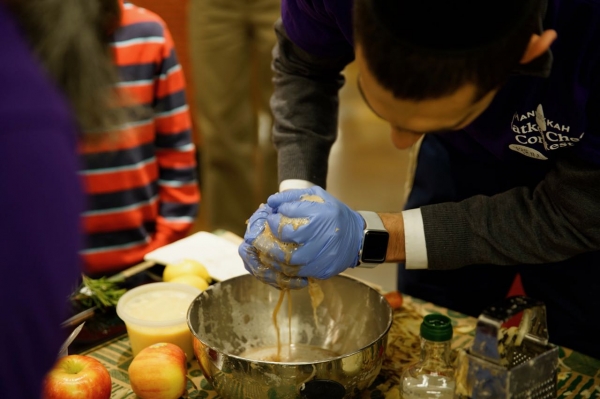 Noteworthy was no flour or matzo was allowed in the competition, but some creative teams knew to rescue the potato starch that fell to the bottom of the bowl. 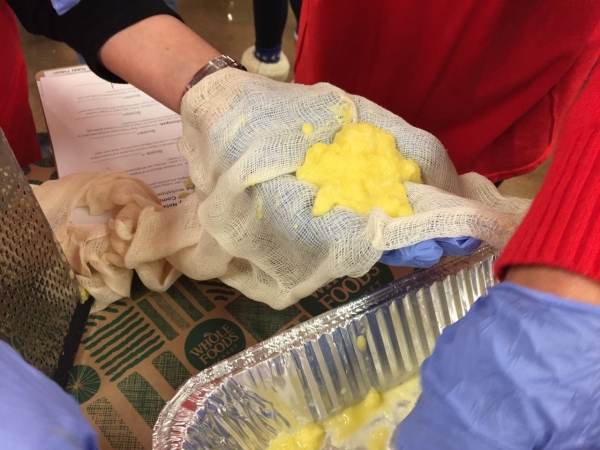 And the results came in!
Purple Team created a classic latke with raw fruit garnish. 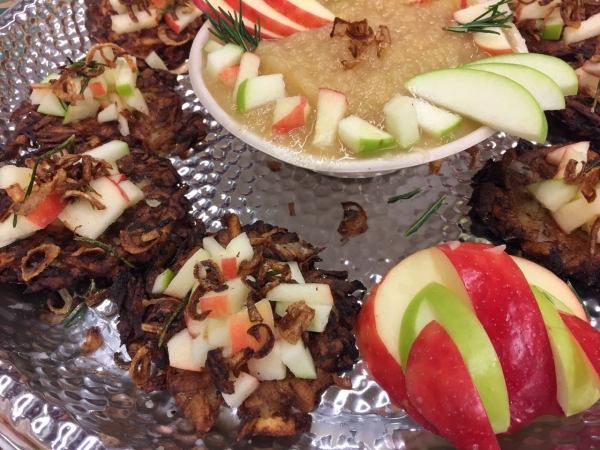 Blue Team added carrot to the classic latke, garnished with a sautéed fruit mélange, and displayed creatively with a fresh pepper Menorah. 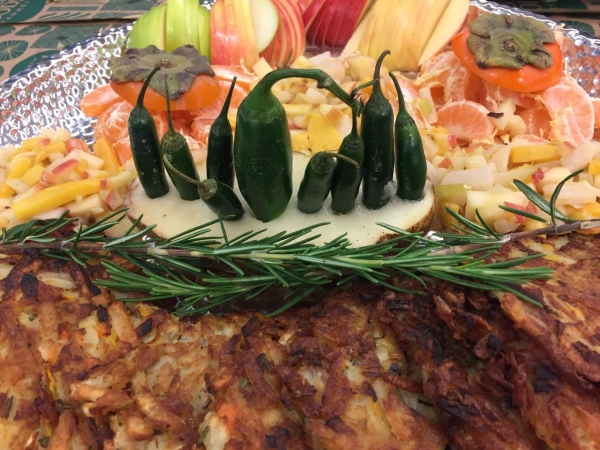 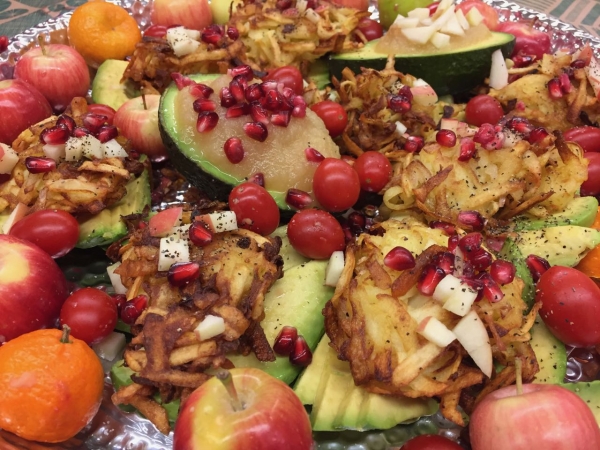 And Green Team stepped out of tradition by seasoning the oil with shallot and sage, and adding sage and lemon zest to the cakes. 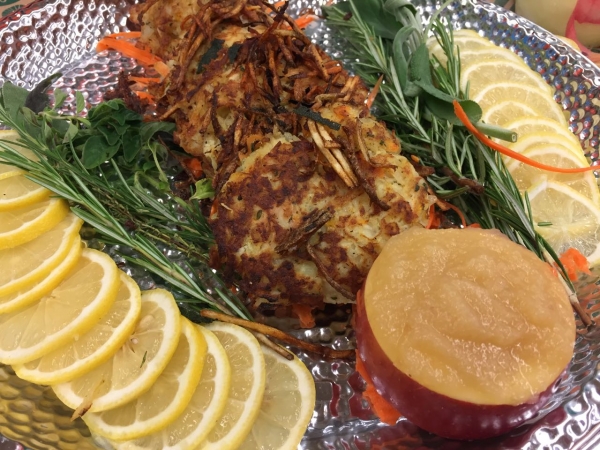 The judges assembled once again to taste and tally. 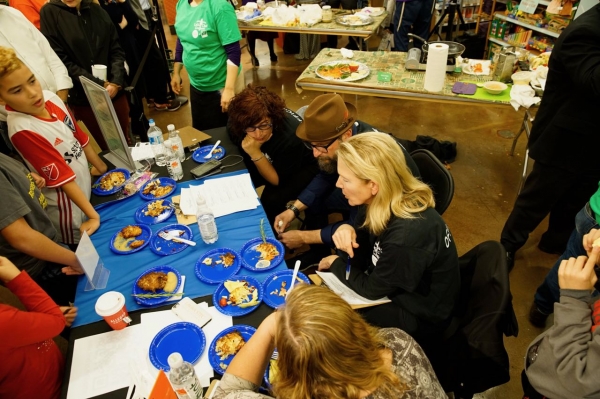 And the winners are… 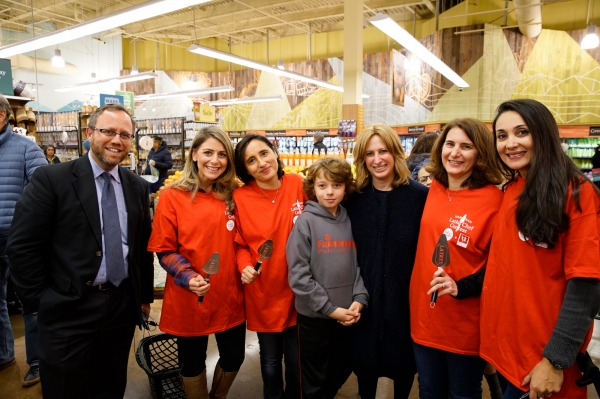 Now, I must admit I came to a different conclusion than my esteemed fellow judges (but what do you expect from the only Polish Catholic on the panel?) I actually broke down the winners as follows:

Best Garnish: Blue Team
The sauted mixed fruit paired so well with the latke - like a grownup applesauce. It worked much better than chopped, raw fruit.

Best Presentation: Red Team
I loved the visual addition of avocado to the platter – did it look nice! However the taste didn’t pair well, it was oil on top of oil. Deep fried latke needs a zing, not another rich fat which avocados lend.

Best Overall: Green Team
My fellow judges preferred the Red Team’s classic latkes, but I preferred the unconventional addition of sage and lemon zest added by the Green Team. The sage added an unexpected depth of flavor, while the lemon added zing. Think tempura, which is often served with daikon radish and carrot. The daikon is added to break up the fat, and the carrot is used to sweeten the daikon. I also think the Green Team got the salt just right. Remember in cooking - we add salt to a dish not to make it taste salty, but to make it taste more like itself. If your dish tastes salty, you added too much salt. If it doesn't have much taste - add a touch more.

Happy Hanukkah to all!