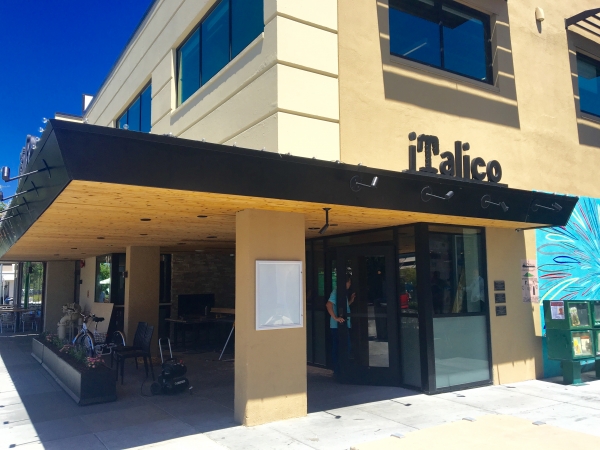 The restaurant's name comes from the ancient Greek word "Italói," which the Greeks used to refer to the first habitants of the southern peninsula of Italy, known today as Calabria, according to the iTalico website.

Co-owner Franco Campolingo said some items might change and/or be modified, so don’t get too attached. View the dinner menu on the restaurant's website here, and the beer and wine lists here.

The Terún team has completely revamped the large space that, before Fire, Oak & Barley, was home to a longtime thrift store and florist. (The Le Boulanger owners rebuilt the two spaces into a 158-seat dining room with a full kitchen and a wood-burning oven imported from Italy.)

Campilongo opened Terún (then named Terrone) at 448 California Ave. with his brother Maico and cousin, Kristyan d' Angelo, in February 2013.

The restaurant took home best pizza for the first time in the Palo Alto Weekly’s 2016 Best Of competition, and also won for Italian restaurant.

Opening hours for iTalico are Tuesday through Saturday, 5-10 p.m. and Sunday, 5-9 p.m. The restaurant is closed on Mondays.