Slowly I'm Turning, Step By Step, Inch By Inch, Into a Vegan

I never thought it could "happen" to me but I think I am slowly becoming a vegan. Up until recently I didn't really understand what that word meant. It seems so close to vegetarian. What could be left after you become a vegetarian? Must be a nickname for a vegetarian. But, as many of you already know, whereas a vegetarian does not eat meat, fowl or fish, a vegan does take that another step and eliminates dairy and all products from animals from their diet. (There are some variations amongst vegetarians ie. some eat eggs but not dairy, some eat dairy but not eggs - I may be missing some other variations.)
Why would I be moving on this path from meat eater, BBQ-lover, milk, yogurt and ice-cream aficionado to veganism? It's feels like a natural progression for me who started out looking for a solution to a weight problem and compulsive eating condition. Fortunately I found help changing around my relationship with food, which included a food plan that eliminated all sugar and sweeteners (except the sugar from fruit) and all flour products. Between those two "restrictions" (I see them as liberations) it cuts out most heavily processed foods. What I was left with was a lot of fruits and vegetables, lean meats, fish, eggs, fowl, and dairy products. For the past 3 years my program and food plan have worked well and probably kept me from getting, at my present age of 61, my first heart attack. I've lost and maintained 40 lbs. It's also given me energy, and time, to do a lot of things I was not getting to in my life, especially since I wasn't spending energy and time thinking, planning and procuring my next food fix any more.
My wife has been a vegetarian for a couple of years, but I never really paid any attention to that. I was content eating my animal foods ? they fit in well with my new food plan. But this summer my 18 year old son, who had become a vegetarian about 6 months ago, who was spending the summer in San Diego, got recruited by a vegan friend of my wife's to recruit comic book fans who were in SD for Comic-con, the comic book lovers gathering, to take 3 minutes to see a video on how animals that were being turned into the food they ate are raised, treated and slaughtered (they received 3 dollars for taking a look.) By the time my son was done with that day's work, there was no turning back for him. He announced he was now a vegan. To top that off, he spent a week in August at the Woodstock Fruit Festival, 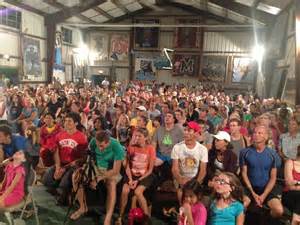 an annual gathering of raw food enthusiasts, health and fitness "freaks" in the Adirondacks, 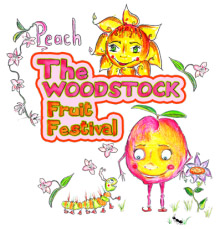 where he was with 300-400 like-minded folks, including some very fit vegan athletes, iron-man competitors etc.

He sent me a link with an interview with a pretty radical animal rights evangelist Gary Yourofsky which included very disturbing videos taken inside slaughterhouses.
I have to say that any body who sees some of that footage of how the animals that are unwillingly devoting their entire lives to being groomed to be food for our tables will have a hard time eating meat again. I didn't think I would be affected like that. It's very sad. There are a number of reasons not to eat animals, but cruelty has to rank right up there as number one. Number two or close to it would be for health reasons. And while free range, grass fed, natural and organic etc labels can reduce the cruelty levels and health hazards to a degree, ultimately we are murdering (or having them murdered for our culinary pleasure) creatures that do feel pain and are slaughtered and often let to bleed to a convulsive death.
Your thoughts please?