In my MFA writing workshops at SJSU, I allot a chunk of class time every few weeks for free-form discussion. This gives students the opportunity to ask important questions that aren't answered in other aspects of the curriculum. We talk about the business of publishing, how to balance writing with whatever you do to pay the bills, and how to convince your parents you're a real writer when you haven't yet published a book.

One question that comes up every year is how to disguise autobiographical material in your fiction. If you base a character on your mother, for example, do you need to change a few details so she's not so easily recognizable? The fear, as I understand it, is that your mother will recognize herself in your work and be offended if you portray her as less than perfect.

My answer, unhelpfully, is that it depends. It depends on your portrayal, and it depends on your mother. It also depends on how much you care if she's offended. Ultimately it's a personal decision. Students who are looking for hard-and-fast rules about anything in creative writing are bound to be disappointed.

I read a book recently that introduced another dimension to this debate: the question of how your portrayal makes the reader feel, and what it makes him do when he finishes the book. 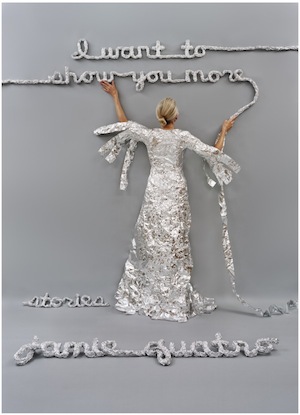 The short story collection I Want to Show You More by Jamie Quatro (Grove Press) was published in January to much fanfare and near-universal acclaim. The New York Times and the New Yorker both gave it glowing reviews. Writing in the New Yorker, James Wood called it "passionate, sensuous, savagely intense, and remarkable." The Times reviewer, Dwight Garner, pointed out that Quatro's characters are obsessed with five things: "sex, running, God, illness and infidelity, not necessarily in that order." I wrote a blog post about the ways authors "link" the stories in book-length collections, and I think Garner's approach to Quatro's book is apt because these obsessions do appear to be the threads that connect her stories. In my reading, the theme of infidelity looms much larger than the other four, but the others are certainly present.

Several stories in the book have the same basic plot: a married, Christian woman conducts a virtual affair (a phone-sex affair?) with a man in another city, and she comes very close to consummating the affair--buying tickets to travel to the man's home, lying to her family about where she's going, literally shaking with excitement of the possibility of her tele-lover's physical touch--before backing out at the last minute and returning to her life. It is, to use Wood's phrase, a "savagely intense" setup, and it works just as well the third time she uses it as it does the first.

For a certain type of reader (a type I would suspect most of us are, even if we don't admit it) Quatro's repetition leads us to wonder whether the obsession belongs not just to the characters but to the author as well. In other words, did Jamie Quatro have a phone sex affair that came close to, but just missed, consummation? Ultimately it doesn't matter. A book should be allowed to exist on its own plane, apart from its author and the details of her life. But still--did she? 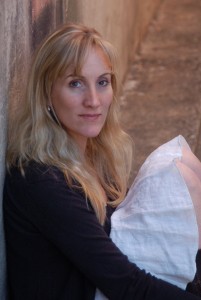 I have to believe that some of the appeal of this book hinges on the reader's curiosity about Jamie Quatro and her real-life family. In a bygone era--say, twenty years ago--readers wouldn't know anything about Jamie Quatro beyond what the publisher printed under her photo on the dust jacket, a few details about prior publications and the name of the town in Georgia where she lives. Lookout Mountain: it's a quaint and memorable name for a town, so we're not surprised when Quatro uses it in her stories. But hey, if that detail is true, what about the others? Her protagonist's husband, for instance, is always a college professor...

Enter Google. An "I Feel Lucky" search for "quatro lookout mountain professor" leads you to this faculty profile page. Is this the author's husband? Looking at the photo, I can't help but place what I know about Quatro's "husband" characters behind his sad-looking eyes, his his weary smile. Poor guy, I think, his wife was having phone sex with another man behind his back. She almost left him, but she didn't. I wonder if they're happy now, whether they were able to mend fences and move on.

And then I remember the book is fiction. There's no reason to believe any of it was true. (And it really doesn't matter, etc.) But I know that if I were a professor of business who had read Jamie Quatro's book and ran into her husband at a conference, our conversation would be pretty awkward. Maybe that's the risk the author takes when she uses recognizable characters in the Google era. At any rate, I plan to cite this example next time my students introduce the topic in one of our free-form Q&As. It depends on a lot of things, I'll say, including one more.