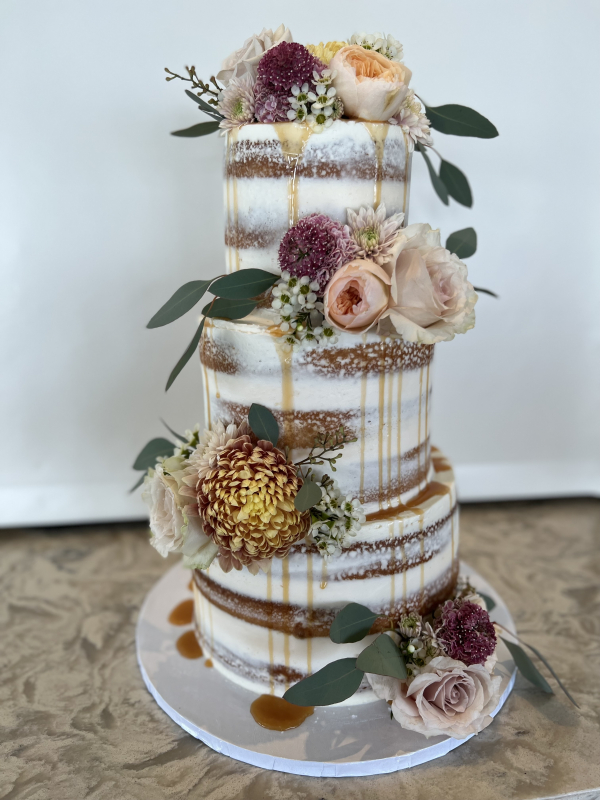 Moriah Bettencourt has called Half Moon Bay home since she was 13 years old. It was at Half Moon Bay High School where she met her husband of nearly 29 years, a fourth-generation Half Moon Bay resident and commercial fisherman at Pillar Point Harbor north of Half Moon Bay.

And it's where, in the coming weeks she'll be opening a brick-and-mortar shop for her baked goods, Fish Wife Sweets, where she'll be pairing her background as a Coastside local and longtime baker to bring a new storefront to her community.

She's waiting on the health department to make its last inspection and was hoping to be open as soon as Wednesday, but the process may have to wait until after Thanksgiving.

She spent much of her childhood in the kitchen with her mother and grandmother. As the youngest of four daughters, she wasn't always given the most important jobs in baking, but she always tried to participate in any way she could.

She started Fish Wife Sweets as a cottage kitchen operation a little more than seven years ago as a passion project, she says. During the pandemic, she pivoted to making home deliveries of treat boxes and the business exploded.

Today, the baking business turns out everything from wedding cakes to cupcakes, plus dessert bars, brownies, cookies, cinnamon rolls, cocoa bombs and more. And her goods are in a few local stores and restaurants, like Spangler's Market, Gibraltar Gems, Dawn Patrol Coffee, Sacrilege Brewery + Kitchen and Breakwater Barbecue, she says.

The bakery's unusual name comes from the fact that her husband is a commercial fisherman, and doubles as a tongue-in-cheek reference to the fact that "fishwives" – the wives and daughters of fishermen – are historically a chatty, outspoken and prone-to-swearing bunch, just like she is, she says.

The location is at 329 Main St., the former location of Garden Apothecary, which recently moved to 601 Main St. The shop's owner encouraged Bettencourt to take the space, she says.

"She just thought it'd be a great fit for me.”

At first Bettencourt declined, but within an hour, she was ready to hear more. "And it all just came together. I thought, ‘Why not? Let's just do it.’"

Running her cupcake cart at Farmer John's Pumpkin Farm for four days a week this pumpkin season in Half Moon Bay showed her that she could run a store and that it could be fun, she says.

There's no kitchen there, so she'll continue to do most of her baking as a cottage food operation. The goal is to use the retail space to be more flexible and offer more to her customers than she currently can without a retail outlet. For instance, if someone wants to order a dozen cookies with six different flavors, she can't accommodate it right now because she doesn't have anywhere to sell the extra cookies from each of the six different flavor batches. That will change with a storefront, she says.

Fish Wife Sweets will also have "emergency cakes" for sale, for people who need a cake for a birthday or other occasion that day. Normally, she says, she's often unable to accommodate day-of cake requests because she can't work that fast. "These are going to be ones you can walk in and buy today," she says.

They'll also have some small gift options and party supplies for people putting together impromptu celebrations.

Fellow Half Moon Bay High School classmate Jen Korbus, who also works as a care provider for Bettencourt's son, adds expertise to the enterprise when it comes to cake-decorating, helping Bettencourt to overcome a source of stress.

"I told her cakes stressed me out," she recalls. "All of our cakes are very much a collaboration."

They're currently accepting orders for Thanksgiving and plan to offer holiday specials after that.

Please make sure your comments are truthful, on-topic and do not disrespect another poster. Don't be snarky or belittling. All postings are subject to our TERMS OF USE, and may be deleted if deemed inappropriate by our staff.

See our announcement about requiring registration for commenting.

This barbecue business was kicked out of Belmont. Now it's a Sunday fixture in Redwood City.
By The Peninsula Foodist | 2 comments | 4,604 views

Doing more with the natural spaces we have
By Sherry Listgarten | 8 comments | 3,265 views

Can the Memphis police behavior ever happen here?
By Diana Diamond | 24 comments | 1,477 views