Five years after first opening to long lines in San Bruno, the popular brunch spot is reopening in San Mateo. 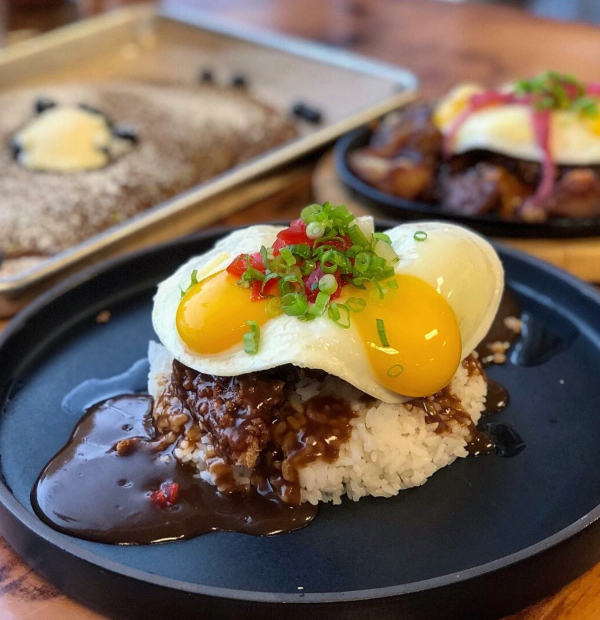 When Morning Wood began dishing up traditional Hawaiian and Japanese breakfast dishes out of its San Bruno restaurant in 2017, it quickly drew a lengthy line outside the front entrance every morning. The popular restaurant where customers could order loco moco and French toast with adzuki bean syrup outgrew the small San Bruno space after a few years, and in 2021 it transformed into Diamond Head General Store, a market and takeout-only restaurant. The market is stocked with beloved Japanese and Hawaiian grocery items like Hawaiian Sun Pass-O-Guava Nectar and Kewpie mayo. Customers can order poke bowls, Hawaiian-style plates, breakfast items and grab-and-go items such as musubi, bento boxes and sushi rolls.

As Diamond Head marks its one-year anniversary, co-owners Chad and Monica Kaneshiro are preparing to reopen Morning Wood next month as a sister restaurant in San Mateo. The Kaneshiros previously worked in fine dining before opening Morning Wood together and share Japanese and Korean roots that influence their menu offerings. Chad is from Oahu, while Monica is from San Francisco. 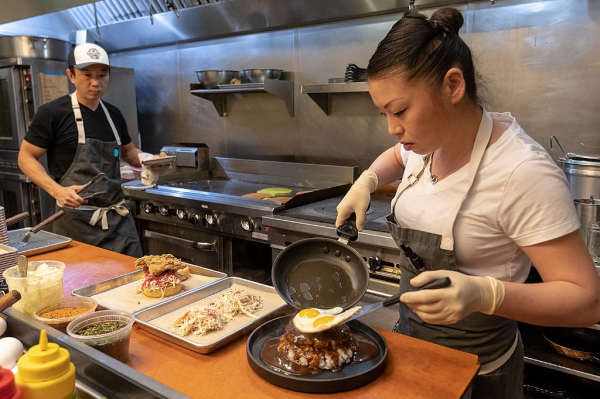 Just before the pandemic, they secured the space for the new Morning Wood location. The space needed major renovations and, combined with labor, construction and supply chain issues, the owners stepped in to contribute to the restaurant’s design and refurbishment.

Keeping Diamond Head General Store open while working on finishing touches at Morning Wood has been time-consuming for the Kaneshiros. Chad Kaneshiro described the reopening process as “a bit of a nightmare” in an interview with the Peninsula Foodist. After a long day of making plates and poke bowls at Diamond Head, Chad and Monica immediately visit Morning Wood to help in any way they can. (To alleviate stress for the owners and staff in the meantime, Diamond Head will offer a limited menu starting Aug. 31, which will still include shave ice to beat the end-of-summer heat.) 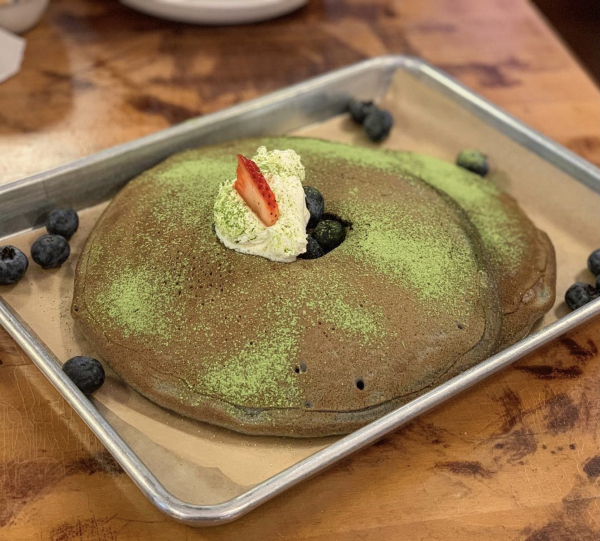 Morning Wood’s menu will resemble its old menu in many ways. Popular dishes, including mochi pancakes and the loco moco will still be served. Chad Kaneshiro said that the new menu is more creative, but still offers brunch-centric dishes such as milk buns and a sous vide egg with rice. Simple, takeout-friendly dishes, including fried chicken, will stay at Diamond Head General Store. A tentative menu has been posted to the restaurant’s Instagram account but is subject to change.

The Kaneshiros hope to avoid the long lines that formed outside Morning Wood’s old location with a larger space and reservation system. The restaurant will feature an open kitchen, large dining room and an outdoor patio with a mural created by Taki Horitaka and Drew Flores of San Jose’s State of Grace Tattoo. Reservations will be posted a month in advance through Tock.

Morning Wood will be open Wednesday through Sunday from 9 a.m. to 2:30 p.m.

Silicon Valley’s next meat substitute is being grown at a Morgan Hill mushroom lab
By The Peninsula Foodist | 2 comments | 3,162 views

Our First Anniversary in my Husband’s Retirement
By Chandrama Anderson | 1 comment | 2,087 views