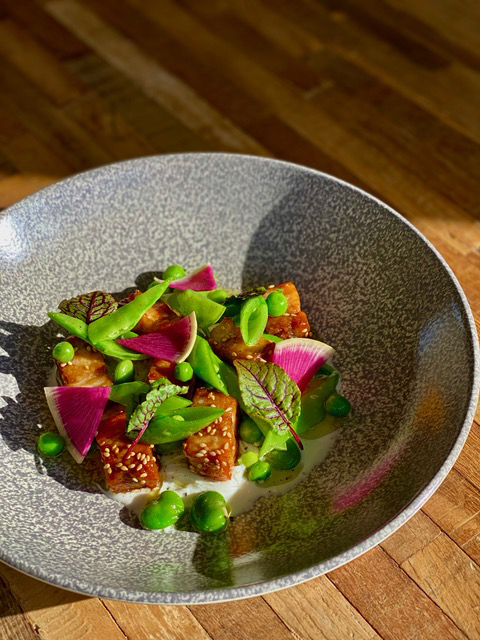 For nearly three years, the iconic facade and tiled floors of The Prolific Oven lay vacant, though renovations hinted at the opening of Ethel’s Fancy, a restaurant with a notable pedigree.

In January 2020, the Foodist wrote about the announcement of the project and recapped chef and owner Scott Nishiyama’s distinguished career, which includes stops at Daniel, The French Laundry and Yoshi’s and holding the executive chef role at Mountain View’s Chez TJ (not to mention an MIT degree).

After a lifetime attached to these prestigious names and years of pandemic-related delays, Nishiyama’s own restaurant will open soon in downtown Palo Alto. It was scheduled to open on July 27, but couldn't get all the inspections done in time.

“I’m a little hesitant to tell everyone about the places I’ve worked … At this point in my career, I don’t care for that kind of experience anymore. I tend to want to do something more fun and casual,” he says.

Ethel’s Fancy honors Nishiyama’s mother and grandmother, both named Ethel. He credits his mother’s cooking during his childhood in Hawaii and trips to his grandmother’s kitchen counter in Oregon for exposing him to different cuisines. He grew up with both sticky, short-grain Japanese rice and the creamy texture of risotto. 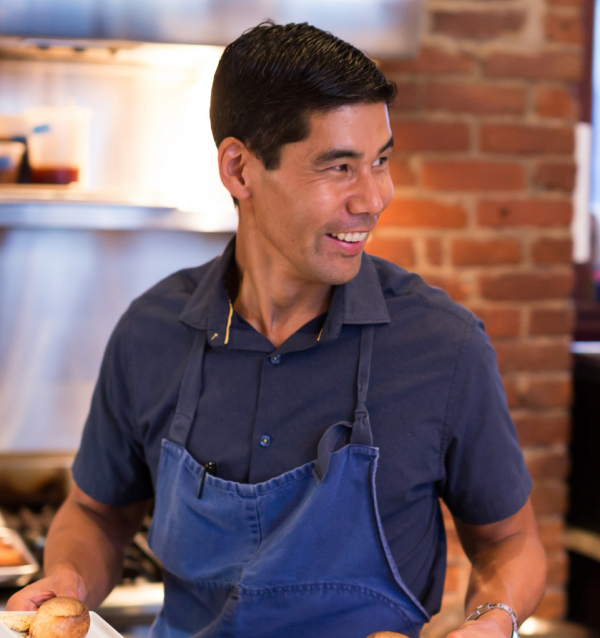 Living in a fraternity where the brothers cooked for themselves, Nishiyama first envisioned a culinary career while earning a degree in chemistry. He graduated from MIT in 1996 and then from the Culinary Institute of America five years later. For Nishiyama and his culinary school classmates, French restaurants represented the pantheon of culinary achievement, so he set off on a Michelin-starred path. After years of developing his skills, Nishiyama realized that this style of fine dining can sometimes be overcomplicated and esoteric. It didn’t reflect the food he ultimately wanted to serve.

“I started thinking about what my place would look like, did I want to do French food? … the answer I came up with was not entirely,” he says.

Nishiyama still appreciates aspects of French cooking, but his personal style is lighter and more vegetable and seafood-forward. It also draws from the diverse cuisines he’s been exposed to since his childhood.

Planning for Ethel’s Fancy began in 2017, and the team was ready to start construction in March 2020. In the following months, the development of a vaccine was still uncertain, and the project was nearly tabled. “We just kind of stopped everything that year. Not knowing if we were going to move forward or not,” Nishiyama says. After struggling through a building process slowed by supply chain issues, Ethel’s Fancy is nearly ready to open.

The restaurant will prioritize shared, “interactive” dishes where diners might dunk segments of yellow stone fruit into a dip studded with cashews or assemble their own wraps. Unlike the fine-dining temples where he’s spent most of his career, Nishiyama looks to host drop-ins at the bar and hopes that families visit multiple times a month to peer into the open kitchen. He envisions a community gathering space where guests will pass dishes around the table and have lively discussions about the entrees they’re enjoying. 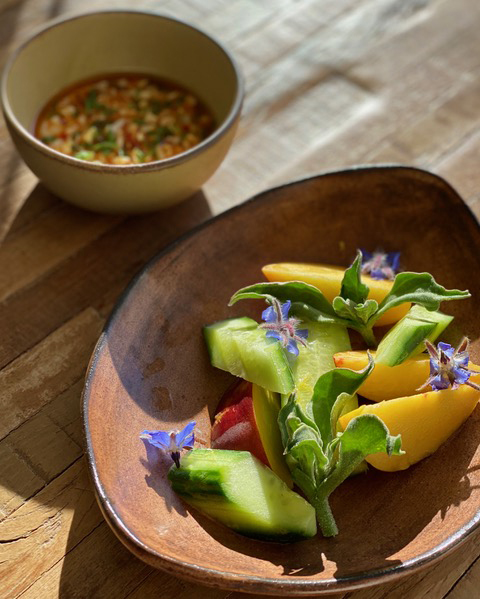 Despite this more casual and communal approach, Nishiyama’s food still evokes his training and the attention to detail espoused by fine dining. Cucumbers are peeled so that they bear a pleasing striped pattern, and crispy pork belly cut into uniform lardons is accented by green grilled peas and pink slices of watermelon radish. Items will represent the changing seasons and feature local produce, including ingredients sourced from the downtown Palo Alto farmers market. Nishiyama is teaming up with a general manager who also hails from the three-star Michelin world to offer a wine and cocktail program.

Treasuring the opportunity to open his own space, Nishiyama is dedicating Ethel’s Fancy to two women who supported him long before he could effortlessly shape quenelles or craft a menu pairing oxtail and octopus.

“I wanted the restaurant to be a very personal expression of everything I’ve done in my life. So what better way to do that (than) through a tribute to my mom and grandmother?,”

Bob Shackleford is a registered user.


> Its Michelin-starred chef says not to expect fine dining.

^ If so, then his menu prices should not be reflective of fine dining costs.

How we eat away at our open space, even in Palo Alto
By Sherry Listgarten | 5 comments | 7,177 views

Three new restaurants from former Manresa chef David Kinch and his team are coming to Los Gatos
By The Peninsula Foodist | 2 comments | 4,415 views