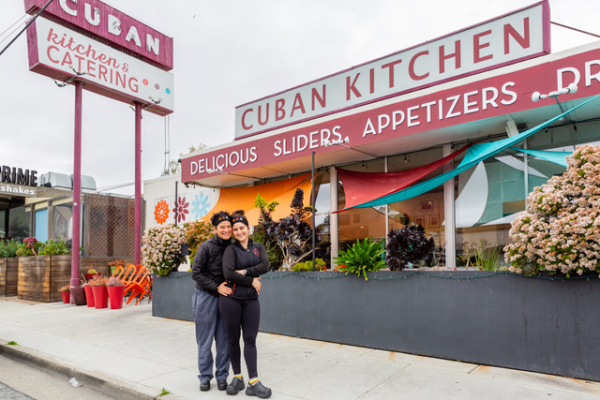 This August will mark the seventh anniversary of San Mateo’s Cuban Kitchen, but as the restaurant reaches the milestone it is searching for a way to stay in operation. Due to pandemic-related challenges, the restaurant needs an additional $1,000 a day in revenue to remain open past September, owner Lynna Martinez wrote in Cuban Kitchen’s newsletter on Wednesday. After losing one of their cooks in May, Cuban Kitchen has faced difficulties in hiring a replacement — despite posting the job at $40 an hour — forcing the restaurant to limit its hours of operation and some delivery services.

“This decision has proven to be extremely costly for me and is not sustainable,” Martinez said in the newsletter. “It’s a classic catch 22 – we need higher sales to cover the increased cost of labor (due to inflation / higher cost of living in the Bay Area), but we need more labor (which is more expensive than ever) so that we can open more hours to recuperate and continue to grow sales.”

Since many Bay Area workplaces continue to operate remotely, there has been a significant lack of catering jobs for Cuban Kitchen. Martinez believes that an increase in corporate catering orders for 10 or more people will help keep Cuban Kitchen afloat and bring in enough money to hire more staff.

“Catering orders require fewer employees and are easier for us to prepare because of the advanced lead time,” Martinez said. “An increase in sales from catering, would help me get to a position of financial strength so that I could hire more help in the future to better serve dine-in traffic.”

Martinez opened Cuban Kitchen in 2015 after growing up with a dream of opening the first fast-casual Cuban restaurant in the nation, she said in an interview with the Peninsula Foodist in January. Martinez and her daughter Lilah Arrazcaeta, who together run the restaurant and host a podcast about their work called “A Meal and Two Mics,” started the eatery out of a food truck in New Jersey. They opened San Mateo’s brick-and-mortar location with only $2,000 in borrowed funds, Martinez said in her newsletter.

“To come as far as we have with so little funding is a tremendous feat and a testament to the potential that this business model has,” she said.