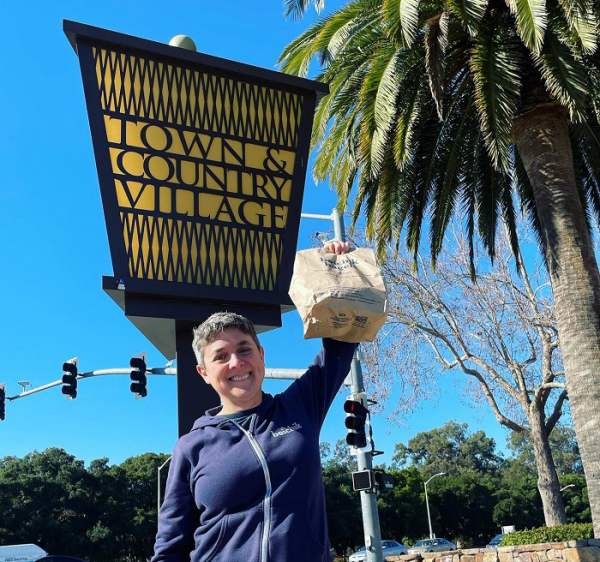 
In a region filled with tech unicorns and initial public offerings, Silicon Valley’s most sought-after investment opportunity might come topped with sesame seeds and cream cheese.

Boichik Bagels founder Emily Winston started baking bagels in her home 10 years ago, and eventually, her house turned into a destination for East Coast transplants and anyone craving the taste of a New York bagel. When Winston opened her first storefront in Berkeley back in 2019, she cobbled together personal loans from members of her email list along with friends and family.

Today, Winston is eyeing a bagel plant and wholesale business, not just a single store, and community members are shelling out thousands of dollars in order to support the construction of her bagel empire. Kicked off by a wave of bakers and even a New York Times feature, the Bay Area's "bagel boom" has only intensified in 2022.

The Foodist wrote about Boichik Bagels in January, when Winston first announced a West Berkeley bagel plant and upcoming retail location in Palo Alto's Town & Country Village. She's now raising capital from local residents through two different mechanisms: "Bagel Bucks," gift cards offered at a discounted price ("bagel futures," in Winston's words), and a $1 million bond offering conducted on SMBX, a crowdfunding site that pays interest to backers and has hosted campaigns from other Bay Area food businesses, including Poppy Bagels and Pyro's Pastrami. Bagel Bucks can be purchased in increments of up to $3,500, and the SMBX campaign has already raised over $200,000 after beginning on June 23.

"There's extra warm and fuzzies because I'll go and talk to banks … they just care about the numbers,” says Winston about seeing investments pile in from loyal customers. Relying on community support also means that Winston can maintain control of her small business, which she's set on an ambitious path.

Most of the funds from the Bagel Bucks and bond offering will support the construction of Boichik's West Berkeley bagel plant, an approximately $5 million project that will produce the raw dough for each retail store (the dough will then be boiled and baked at each location) and bake and freeze bagels intended for wholesale (the frozen bagels are already available at limited locations including Bianchini's Market and Piazza's Fine Foods.) According to Winston, producing the dough is a technical endeavor that lends itself well to automation.

About half a million dollars will be spent on refrigeration, as Winston believes that if bagels can't be enjoyed fresh, they are at their best frozen and reheated. That's why she's selling frozen bagels at grocery stores. "I can't stand bagels sitting in plastic bags at room temperature. It makes me twitch," she says. 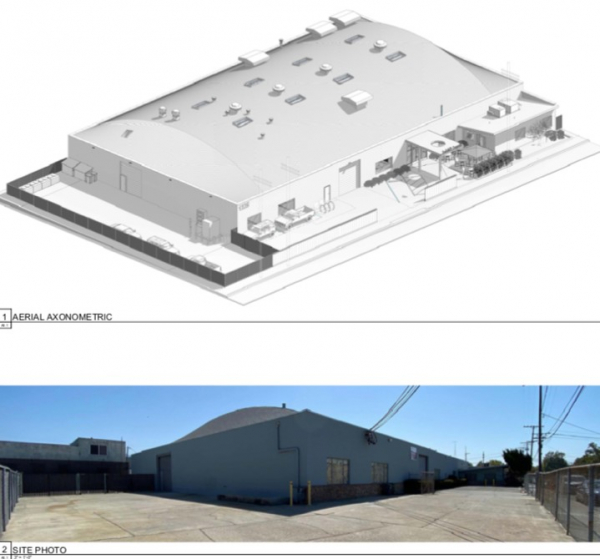 A rendering of the West Berkeley bagel plant, which will be open to the public. Photo courtesy Emily Winston.

The factory won’t just serve as an industrial facility, as it will also serve bagels onsite. Winston hopes that guests will be enthralled by the automated assembly line that will form up to 12,000 bagels an hour and resemble the open kitchens at Krispy Kreme.

Winston started out by baking just a few bagels each day, and she appreciates the overwhelming support that has allowed her business to grow. "It definitely is daunting, but it just feels like everything has fallen into place." Winston says.

Regarding the Town & Country location, Winston is now aiming for a September opening due to permitting delays.

bill1940 is a registered user.

Report Objectionable Content
Posted by Peninsula Foodist, a resident of Another Palo Alto neighborhood,
on Jul 11, 2022 at 12:43 pm
Peninsula Foodist is a registered user.


Hello there Bill, we made some edits to clarify. While the raw dough will be produced at the bagel plant, the bagels will still be baked onsite at the retail stores. The mass baking will be for the wholesale, frozen bagels.

Winston says that the only way to scale up while maintaining quality is to produce the raw dough at the bagel plant and that it's a task well-suited to automation.

Report Objectionable Content
Posted by Mondoman, a resident of Green Acres,
on Jul 11, 2022 at 11:06 pm
Mondoman is a registered user.


I totally agree about frozen bagels being far superior to room-temp. bagged bagels. I'll have to try some from Piazza's.


Fresh or frozen, I'd rather have delicious bagels that don't cost $3+ each and will stick w/ Izzie's and Bagel Works. In addition, I want to support as they have been part of the PA community for a long time.

Report Objectionable Content
Posted by HHTurner, a resident of Ventura,
on Jul 13, 2022 at 2:20 am
HHTurner is a registered user.


Great news. If this does not affect the taste in any way, then I'm all for it.

Report Objectionable Content
Posted by Karen, a resident of Duveneck/St. Francis,
on Jul 13, 2022 at 7:58 pm
Karen is a registered user.


I'm a fan of House of Bagels at Embarcadero Plaza. Their desserts are also delicious.

Report Objectionable Content
Posted by Heckity, a resident of Barron Park,
on Jul 14, 2022 at 7:11 am
Heckity is a registered user.

Report Objectionable Content
Posted by Julie armitano, a resident of Palo Alto High School,
on Jul 14, 2022 at 9:55 am
Julie armitano is a registered user.


What kind of bagles are they going to be?