P-Town Birria's cooks up Mexican and Soul Food in Pacifica


"It's a wave that I've been riding," P-Town Birria's founder and owner Tiffany Keeling says. "I genuinely love to cook my food, and people can taste the love in it...It's comfort, security. It's like my happy place. People can feel that and taste that." 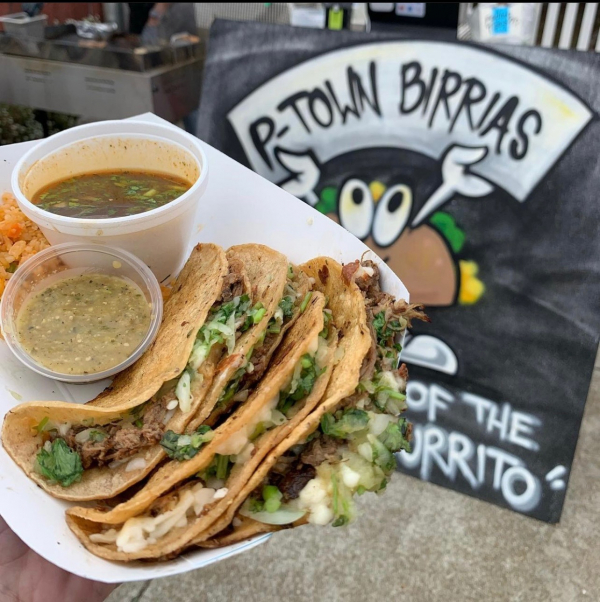 Over the past year, Keeling's pop-up and catering business has become a mainstay at Pacifica outposts like the Intertwine Cafe and the Longboard Bar, and Keeling has a goal to have a food truck. With P-Town Birria's, Keeling combines Mexican and Soul Food as she cooks up tacos, tortas, burritos and more.

Even though Keeling grew up in San Bruno, she says she always kept a pulse on what was going on in Southern California, the place of her birth — especially when it came to food. Staying connected through social media, one dish in particular caught her eye: birria.

"I kept seeing these tacos, and I was like, ‘Where can I get these tacos?’" Keeling recalls.

She checked menus around Pacifica, her hometown of more than 13 years, but didn't find exactly what she was looking for. So, "I said, 'You know what? I'm going to make it.'" Her first time making birria took three days. After that, Keeling continued making it, and delved into different variations.

For a meat version, she uses beef instead of goat. When she got requests for a vegetarian version, Keeling says she was intimidated at first, but eventually decided to try jackfruit. She didn't know just how the vegetarian version would land until a friend visited her.

"She said, 'Girl, you haven't tried one of (your own) jackfruit tacos yet? I'm going to make you a plate,'" Keeling recalls. "She sat me down at my kitchen table, and she said, 'Eat this.' … I said, 'This is off the chain.'"

Whether made with beef or jackfruit, the trick, Keeling says, is the consomme. "You have to get the fat off the consomme and strain it," Keeling says. Keeling fries her taco shells in the fat, and diners can sip the clarified consomme or dip their tacos in it.

Rolling out soon on her menu will be jerk chicken tostadas.

Keeling says that she first started to learn her cooking techniques as a child, when her mom was in culinary school. 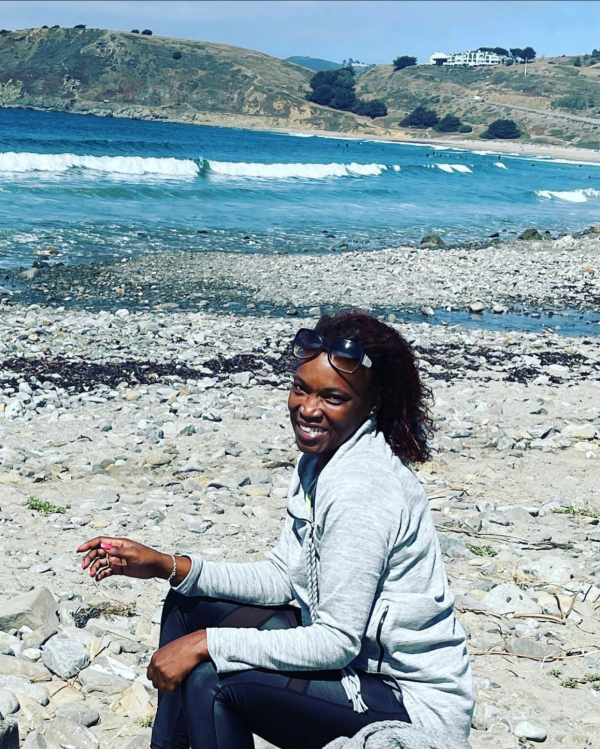 "My passion's always been cooking." P-Town Birria's founder Tiffany Keeling of Pacifica first learned how to cook with her mother, and has since turned her passion into a pop-up and catering business. Photo courtesy of Tiffany Keeling.

"She was in the garde manger phase. I remember it was my eighth birthday, and I was having a birthday party, and she made this beautiful watermelon basket," Keeling says. "She took oranges and made swans out of it."

From there, Keeling started to cook alongside her mother, and then cooked for both her brother and her mother. "I made a big pot of red beans and rice. I had the ham hock in there. Everything was right — the seasoning, everything." Keeling's mom was impressed. "She said, 'What are you going to make tomorrow?'"

Alongside formal culinary techniques, "Everything is freehand," Keeling says. "I've never measured anything."

By the time Keeling was 17, her mother gave Thanksgiving dinner duties to her, and Keeling has since passed on the love of cooking to her kids too. "I have boys, they both love to cook," Keeling says. One of her signature dishes was inspired by her eldest.

"My oldest son is Black and Mexican," Keeling says. "Growing up, I always put both cultures on his plate, and we combine the two. He'd have carnitas and black-eyed peas, and sour cream would be on the beans with tortillas or something.

"One day, he said, 'You should make a burrito out of this.' Last year for his birthday I made the Blaxican Burrito. We had a party. I think I made 19 burritos — every single one was gone and eaten. I was like, 'Dang. I didn't get to have one.' That's what usually happens to me. By the time I get to serve myself, it's gone." 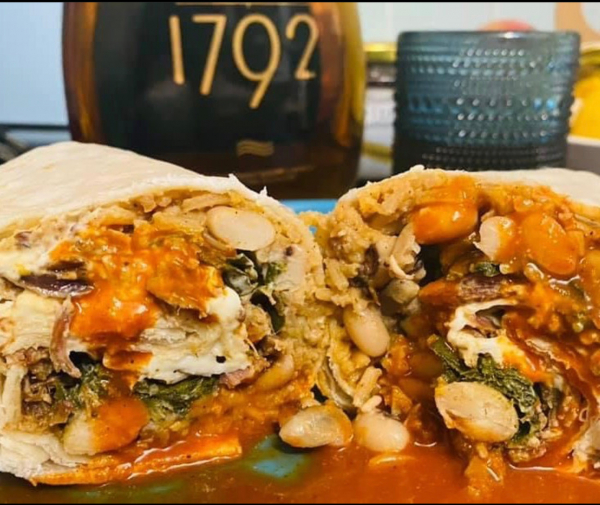 "Growing up, I always put both cultures on his plate, and we combine the two." P-Town Birria's founder Tiffany Keeling created a burrito with homemade rice, collard greens and black-eyed peas for her son's birthday, combining Mexican and Soul Food. Photo courtesy of Tiffany Keeling.

Keeling's son also encouraged her to start sharing her creations with others. She started with Nextdoor, which led to a pop-up opportunity with Intertwine Cafe. "The rest is history," says Keeling, pivoting her passion into her livelihood.

"It became this community where we had these pop-ups, and local artisans would come and sell their things just to keep the locals here still, because a lot of people lost their jobs (in the pandemic). It was just a way to keep our focus on the community and support one another," Keeling says. "It's just evolved from there. I wanted to share good with people."

While cooking has been a lifelong passion, it's something that Keeling has been especially drawn to recently.

"During the last four years, I spent a lot of time in the kitchen because of the climate we were living in,” she says. “It just gave me comfort and security. I feel safe. It's like my safe space."

The pandemic was also a catalyst. With her experience in the hospitality industry and fine dining as a bartender, a waitress and a hostess, Keeling tapped deeper into her original love for cooking.

"I feel like the pandemic was a blessing and a curse. It forced a lot of people to fall back on their talent or to find their passion," Keeling says. "My passion's always been cooking. It's given people the courage to live their dreams."

Following the isolation of recent years, there's been an outpouring of connection and kindness, Keeling says.

"Just the humanity and compassion that's come out of this last year or two — that has been overwhelming. Just the support of people. I never imagined that I would be received so kindly and appreciated and loved, and there's so much love in this community," Keeling says. "That means a lot. Pacifica is something else."