Redwood City has a new gelato shop with the arrival of SF Gelateria. The dairy-based gelatos and vegan sorbettos are made on-site with local seasonal ingredients when they're available, and served the next day to hit just the right temperature and texture. 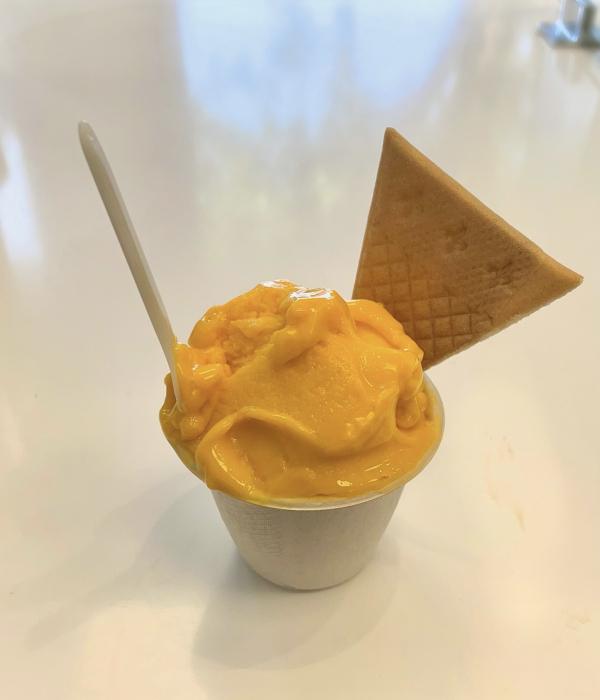 "I was itching to start a new venture." After the solar company sold that Shiao-Ying Fang worked for, Fang attended Gelato University to learn all she could about gelato. She's since opened SF Gelateria in Redwood City. Photo courtesy of Shiao-Ying Fang.

"I've always been into local foods and everything made from scratch, so I definitely wanted to follow that philosophy," says founder and owner Shiao-Ying Fang. "We don't compromise on ingredients."

Making gelato from scratch in her very own shop is a fresh opportunity for the Burlingame resident, who previously worked at a solar company. After it sold, she says, "I was itching to start a new venture."

She knew she loved gelato, but didn't know how to get started. So she turned to Google. "I found this and thought, 'This sounds awesome.'" What she found was Gelato University in Bologna, Italy. Her classmates went on to open gelaterias all over the world, and Fang wanted to be one of them. 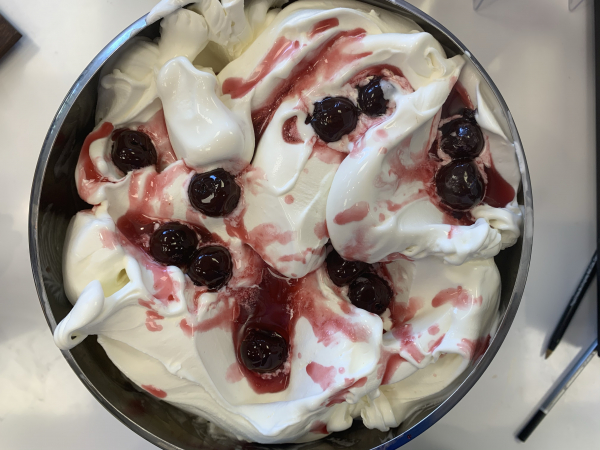 At SF Gelateria, freshness is key. The team makes all their gelatos and sorbettos on-site in Redwood City. Photo courtesy of Shiao-Ying Fang.

From there, she started a catering business, taking her gelato throughout the Bay Area. At the same time, she learned the ins and outs of what it would take to have her own brick-and-mortar store.

"In order to open up a gelato shop where you make your own gelato ice cream, you have to go through the state dairy board, and you have to design the shop to meet their expectations. It's a big investment," Fang says. 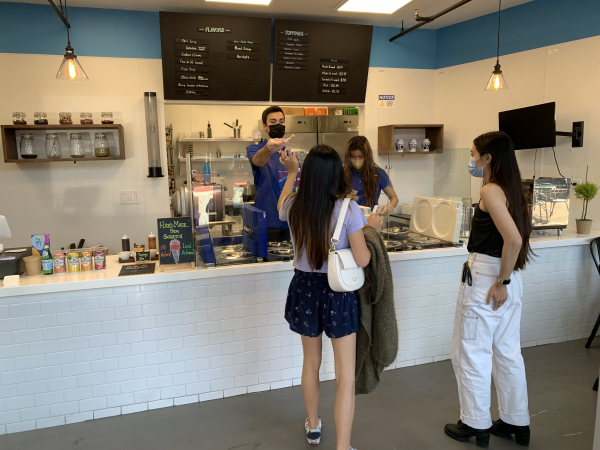 When the former location of Rolled Up Creamery became available, Fang said that she felt lucky to find a place that was already designed and permitted to sell dairy products.
"It was the right place, the right location. It was just meant to be," Fang says.

Now, all the making of the gelato happens right there at 2621 Broadway, from pasteurizing the milk to scooping the final product. 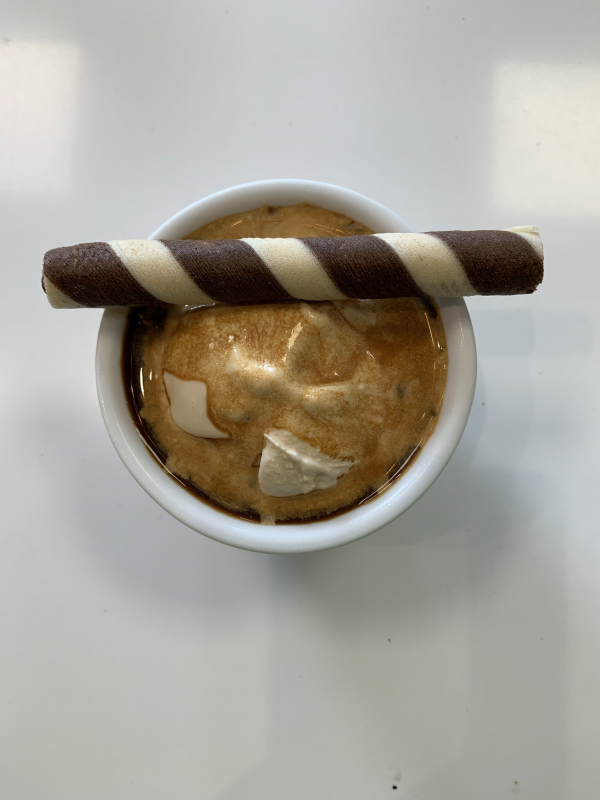 Whether hazelnut, chai or another flavor, the SF Gelateria team is open to customers' suggestions for gelato flavors to make. Photo courtesy of Shiao-Ying Fang.

On the menu are flavors like sweet cream, hazelnut and tiramisu, as well as Snickers, cheesecake and honey lavender with blueberries. Dairy-free options include chocolate, horchata and a variety of fruits such as banana kiwi, strawberry, avocado lime, lemon and matcha coconut. There are also flavors inspired by Fang's travels, like rose water saffron, as well as flavors inspired by her childhood, including black sesame, lychee and milk tea.
"I'm Chinese American. In our culture, we love to eat," Fang says. "I'm a big foodie."

Some of the flavors have come from customers' suggestions. For example, the SF Gelateria team's preparing to serve specially made cardamom and chai gelato at a wedding, featuring cardamom from the groom's family farm in India.

And there's a board in the shop where you can write in your own ideas too. Guava passion fruit, watermelon mojito, piña colada, mango Tajín, and birthday cake flavors all came from this.

Residents of multi-family housing should have access to EV charging
By Sherry Listgarten | 9 comments | 4,333 views