State Street Market is slated to open before the end of the summer at 170 State Street in Los Altos, a project developed by Los Altos Community Investments (founded by 23andMe's co-founder and CEO Anne Wojcicki).

The market will include a teaching kitchen, adjacent restaurant and a 20,000-square-foot food hall that will be dedicated to showcasing local talent, promoting public art and developing new culinary concepts. 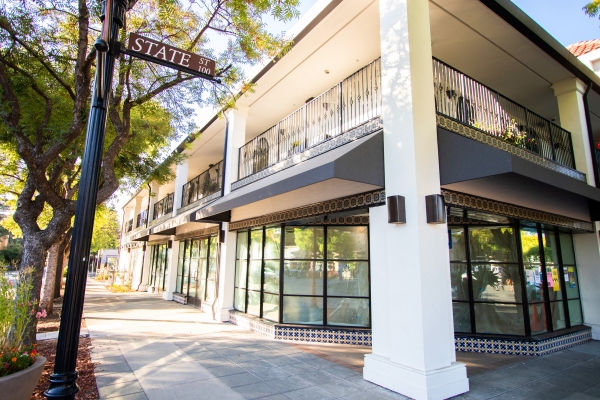 "...The aim is to create a community gathering space where people will connect with friends, family and food," LACI managing director Robert Hindman wrote in an email.

The lineup includes Tin Pot Creamery, which founder Becky Sunseri first launched from her home kitchen in Los Altos, as well as Cowgirl Creamery of Point Reyes, offering customers a new communal setting in which to enjoy their cheeses since the San Francisco Ferry Building location closed. Anchor restaurant (and speakeasy) El Alto will open in the fall, developed by Traci Des Jardins, who has been twice recognized as a James Beard Award winner. 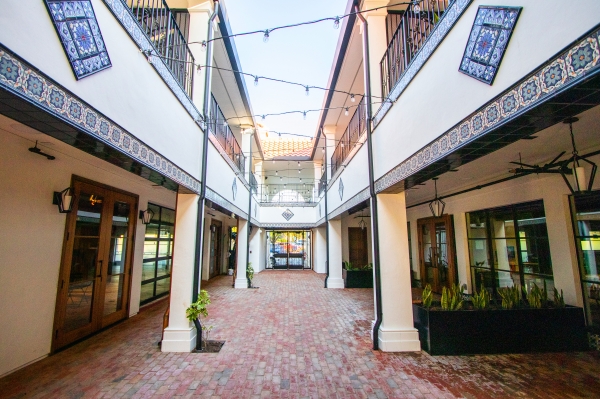 State Street Market will be home to a variety of culinary experiences. Joining the lineup are Bao Bei by Meichih and Michael Kim, as well as El Alto by Traci des Jardins. Photo courtesy of Los Altos Community Investments.

The market will also be the site of Bao Bei — the latest concept from chefs Meichih and Michael Kim, who formerly led the kitchen at Michelin-starred Maum in Palo Alto. Bao Bei is in part inspired by their son, their “treasured one.”

"'Bao Bei' is what I like to call our son...a term of endearment. Our son is kind of our muse because he's multicultural, being Asian American," Meichih Kim said.

"It's specific to us, different than the other concepts," she said. "The whole idea behind (Bao Bei) was our cultural identities, Michael being Korean and me having Taiwanese parents. It's the comingling of the flavors, bringing them together in our concept." 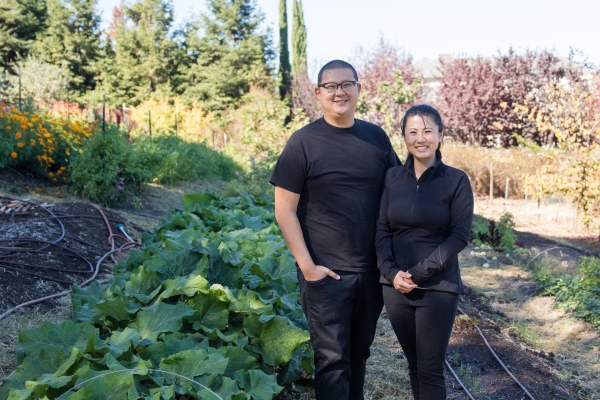 Developing unique takes on noodle dishes, seasonal banchan and other dishes, they’ll incorporate both Taiwanese and Korean herbs and spices, such as white pepper, cilantro, black vinegar, fried shallots, sesame oil and gojuchang. Case in point: On the menu is a bao filled with spicy pork belly, gochujang, cilantro and caramelized peanuts.

"The baos were an opportunity for us to show our backgrounds," Michael Kim said. "In each of the gua baos, it's not necessarily a very traditional Korean or Tawianese flavor, but it's a comingling of both."

The Kims are also selecting beverages to complement the food, with a selection of makgeolli, Taiwanese and Korean beers and yuzu and mandarin sodas.

At State Street Market, food and drink, of course, are a serious focus for the Kims, who've cooked in top restaurants across the country. But there's an appeal even beyond that.

"The big draw was the community aspect," Meichih Kim said. "Given how the pandemic forced us to stay indoors, I think we lost touch with connecting, and that feeling of being around others."

Meichih Kim said that they intend to provide that — a space where people from different generations can come together time and time again, and try different foods to suit the appetites of the day.

"There's a big variety," she said of the market. "It'll make you keep going back."

Quinten is a registered user.

We need an audit of city spending
By Diana Diamond | 7 comments | 2,006 views