The skewered chicken is typically marinated in herbs and vinegar for three days, grilled over open flames until charred and served on Italian bread. People compete to make the best spiedies at the state fair, along with other regional barbecue dishes.

"Upstate New York, to me, is one of barbecue's best kept secrets," Irwin said.

Irwin is bringing a taste of upstate New York barbecue and other styles to the Peninsula at B's Craft BBQ, a pop-up he's launching out of his Mountain View home this weekend. 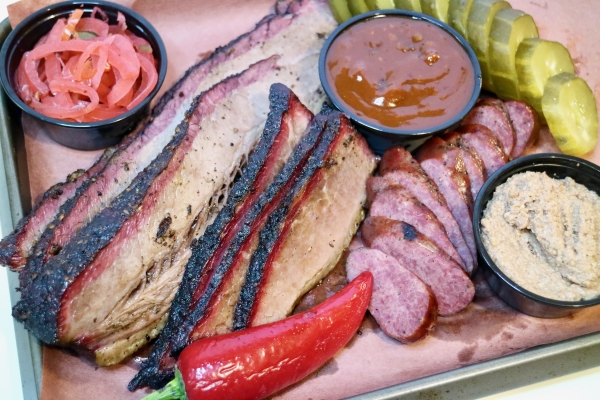 Irwin is a former sports coach, university assistant professor and community organizer who was raised by a chef. Before moving to California, he spent time in Maine, Kansas and Los Angeles.

As a newcomer to Mountain View during the pandemic, it was hard to find work, so Irwin decided to start his own venture. He was surprised at the relative dearth of quality barbecue in the Bay Area, besides spots like Horn Barbecue in Oakland, Capelo's Barbecue in Redwood City and Mesquite & Oak in San Jose. 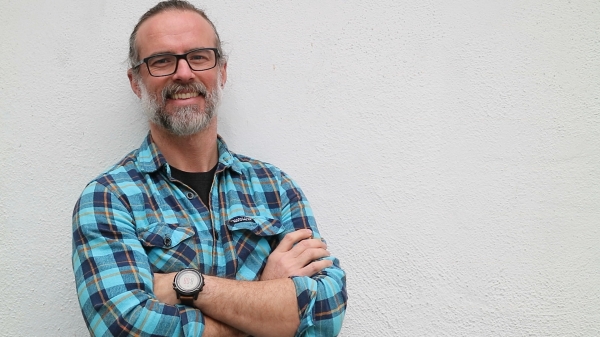 Irwin said his barbecue is rooted in upstate New York but also reflects Texas and Kansas styles. He makes smoked brisket with miso peach barbecue sauce, bone-in chuck short ribs and St. Louis-style pork ribs with jalapeño honey glaze. He cooks all the meats in an offset smoker, which has a fire box where wood burns, requiring skilled supervision.

"You're managing that fire by hand. You’re usually cooking in smaller batches," he said. "That, to me, is what craft barbecue means. … learning the craft of fire management and how it impacts the flavor and texture of a piece of meat 18 hours later."

The smoked meats — sourced from Creekstone Farms in Kansas — all come with pickled onions, brown butter cornbread and cider pickles. He cooks the cornbread in a cast iron skillet and serves it with whipped honey butter. Irwin also makes a mac and cheese, cooked over live fire, with aged cheddar, Parmesan, pepper jack and mozzarella, crusted with Panko bread crumbs and herbs. 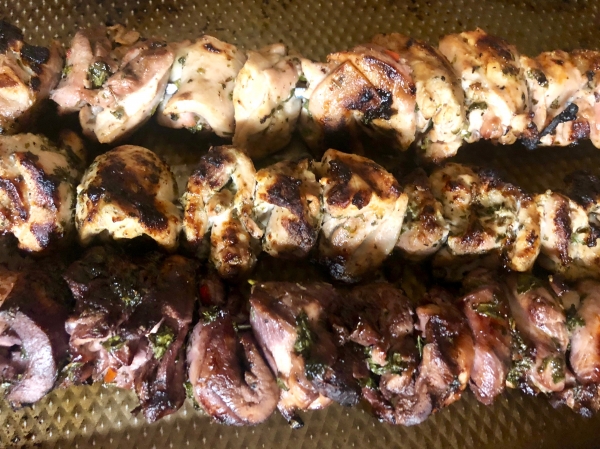 Whole cuts of smoked meat, fresh or cooled and vacuum sealed, are also available for purchase.

"I think of it as a project, an experiment," Irwin said of his pop-up. "The things I do well are grounded in this low and slow, Texas-style barbecue. I'm in the process of experimenting with combining these barbecue (styles) and these different flavors."

Going forward, he plans to release menus on Mondays for curbside pickup in Mountain View on Saturdays. Orders will close on Tuesdays or when sold out.

To order for opening day on Sunday, April 4, go to bscraftbbq.com. And look for the spiedies the following Saturday, April 10.

Rob G is a registered user.


Trusting that the Santa Clara Health Dept has issued a permit and all personal have Safe Serve Food Handling certificates like all restaurants on the peninsula.

Report Objectionable Content
Posted by Todrford, a resident of Shoreline West,
on Mar 31, 2021 at 8:26 am
Todrford is a registered user.


Awesome. Stay away from the rent trap is the key...can't smoke outside in Mountain View tho. Hopefully he is using a commercial kitchen or they will shut him down... we learned that the hard way at uncle Frank's back in the day... I guess it was in response to roses s smoking up the apartments behind them//... best bet is Sunnyvale...the people at the quarter note were always looking for someone in their bar kitchen and have room out back....if he wants an introduction, I will reach out to him...

Report Objectionable Content
Posted by ChrisC, a resident of College Terrace,
on Apr 8, 2021 at 7:04 pm
ChrisC is a registered user.


Where in Upstate? I don't recall the sandwich and the only BBQ was the marvelous whole pig in a spit BBQs in summer. I miss that.

I Was At The Stanford Shooting. Let’s Do Better Next Time
By Laura Stec | 2 comments | 3,079 views

Some of the best jobs around
By Sherry Listgarten | 4 comments | 2,424 views

People and Relationships Never Stop Being a Work in Progress
By Chandrama Anderson | 1 comment | 1,343 views