Uploaded: Jul 19, 2019
Tamarine has weathered more than 15 years of change in downtown Palo Alto, rarely if ever straying from its founding concept: modern interpretations of Vietnamese food served in a white-tablecloth setting.

"It's not fusion. It's not modern Vietnamese. It's authentic Vietnamese food," Hartley said.

Tam Tam will open in September at 140 University Ave., a large space at the corner of University and High Street that was last occupied by Opa Authentic Greek Cuisine. 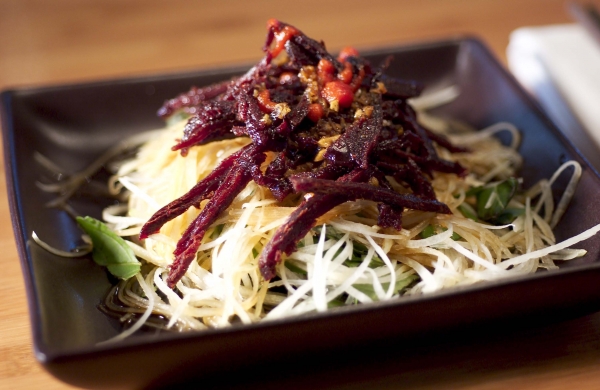 At Tamarine, Hartley oversees the front of house and business operations while Huynh is in charge of the kitchen. Hartley said they have been thinking about opening a casual Vietnamese restaurant for awhile.

They hope to prove that "you don't have to go to downtown San Jose or East side San Jose to have real Vietnamese food," Hartley said.

The menu will reflect different regions of Vietnam. There will be pho; bún ch?, a grilled pork dish served with room-temperature noodles and nuoc cham (famously enjoyed by former President Barack Obama and Anthony Bourdain in Hanoi during an episode of "Parts Unknown"); banh khot, crispy, savory "cupcakes" topped with shrimp; and Vietnamese salads, among other dishes.

The menu will be limited to less than 20 items and largely stay the same rather than change seasonally, as Tamarine's menu does. The price point will be about $17 to $25 per person for lunch and dinner.

Tam Tam will be a full-service restaurant "but without the tablecloths," Hartley said. There will be beer, wine and a TV at the bar.

Report Objectionable Content
Posted by Tammy, a resident of Downtown North,
on Jul 22, 2019 at 5:07 am


Great! We do make the trek regularly to San Jose for the real deal and look forward to staying closer to home. We'll certainly give the new place a try!

Report Objectionable Content
Posted by viet food fan, a resident of University South,
on Aug 22, 2019 at 12:02 am


I hope they include deep fried Imperial Rolls served with the savory fish sauce and fresh lettuce, basil/mint, sprouts and shredded carrots. Yum!

I Was At The Stanford Shooting. Let’s Do Better Next Time
By Laura Stec | 2 comments | 2,896 views

Some of the best jobs around
By Sherry Listgarten | 4 comments | 2,115 views

People and Relationships Never Stop Being a Work in Progress
By Chandrama Anderson | 1 comment | 1,045 views