Uploaded: Jun 13, 2019
Natural, small-production wines from France to Chile, Sonoma to the Willamette Valley are on the menu at Salvaje in downtown Palo Alto, the city's first dedicated natural wine bar.

Salvaje soft opened on June 13, at 369 Lytton Ave., where Janta closed in December, and will open to the public on Wednesday, June 19.

The wine bar is a passion project for Kasim Syed, owner of Palo Alto Brewing Co., The Rose and Crown and the Tap Room in Palo Alto and QBB in Mountain View, and his wife Guldem Tanyeri Syed, who love drinking natural wine and wanted to bring it to the Peninsula. 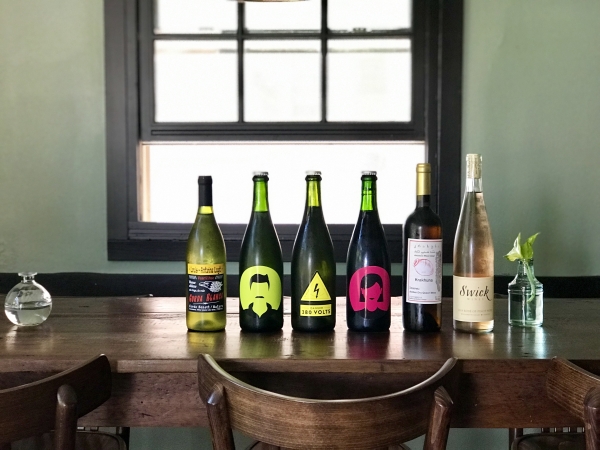 A lineup of natural wines from Chile, the Czech Republic, Georgia and Oregon at Salvaje in Palo Alto. Photo by Elena Kadvany.

"To us, natural wines are made with grapes grown organically on biodynamic farms or at a minimum with sustainability in mind," the Salvaje menu explains. "They are wild fermented with native yeasts, cellared with minimal intervention and contain little to no sulfates and other additives."

Salvaje, which means "wild" in Spanish, offers an ample selection of bubbly, orange, white and red wines by the glass and bottle. There’s plenty of the funky, fringe wine that the natural scene is known for, from a smoky-sweet muscat made by hand by a French transplant in Chile to a Georgian orange wine that tastes "like a tannic bomb," Kasim said.

But the menu also features recognizable wine varietals and names, including chardonnays from Domaine Laflaive in Burgundy and Chalk Hill Estate Winery in the Russian River Valley.

Wines that are biodynamic or had zero sulfates added at bottling are marked as such on the menu. They plan to rotate the by-the-glass menu every few weeks.

All of the wines "have a sense of the places they come from -- the climate, soil and surroundings," the owners wrote on the menu.

The Syeds wanted to offer more substantial, creative snacks at their wine bar than the typical cheese and charcuterie (though you can order that at Salvaje). Look for sourdough toast topped with Japanese-style egg salad, unagi and green onion; a vegan katsu bao; potato waffle with crème fraîche, smoked salmon and roe; and a summer salad with apples, feta and mint, among other dishes. For those with a greater appetite, there’s a sous-vide hanger steak with béarnaise sauce and fries.

To start, Salvaje will be open from 4 until about 10 p.m. Tuesday through Saturday (later if needed, Kasim said) and 1-7 p.m. on Sunday. The wine bar is closed on Mondays. 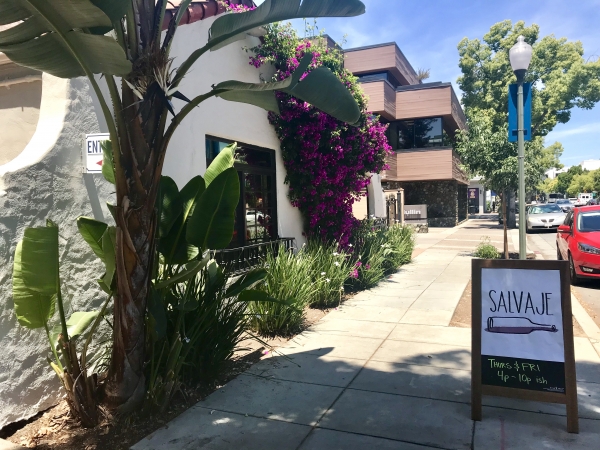 The owners of Salvaje took over the former Janta space on Lytton Avenue in downtown Palo Alto. Photo by Elena Kadvany.

Mountain View's Castro Street opens up for an eat-and-greet to rally support for businesses
By The Peninsula Foodist | 0 comments | 2,764 views

Is this the kind of America we want to live in?
By Diana Diamond | 6 comments | 754 views