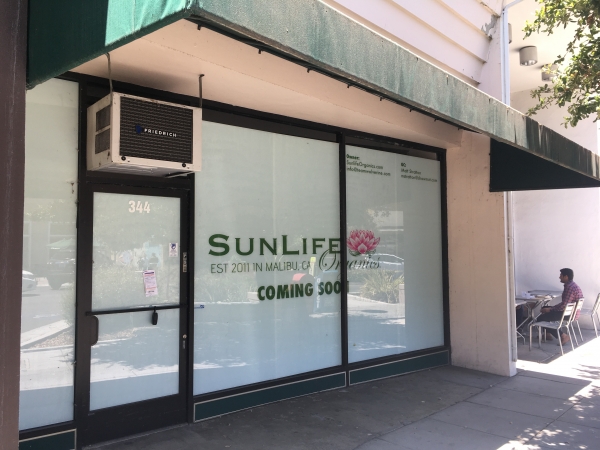 SunLife Organics will open on California Avenue this fall. Photo by Veronica Weber.

Founder Khalil Rafati opened his first juice bar in Malibu after discovering what he describes as the transformative benefits of healthful eating. A former homeless heroin and cocaine addict, he continued to feel unhealthy even after getting sober. He was smoking a pack of cigarettes a day, eating unhealthy food and drinking a lot of coffee and energy drinks, he writes on the SunLife website.

"I always felt completely drained and devoid of energy," he writes. "Depression was a constant."

Then, a friend introduced Rafati to juicing and superfoods, changing the course of his life.

"I began to feel alive again— my anxiety quickly replaced by excitement and a renewed lust for life. I started getting more and more adventurous in my kitchen, trying to find a way to make all these amazing natural remedies more palatable, even crave-able, so they would be a part of my daily routine that I looked forward to," he writes. (Read more about Rafati in this 2016 New York Times story: The Malibu Juice Magnate.)

He opened the first SunLife in 2011 with business partner Hayley Gorcey. They now operate eight locations in Southern California, with more on the way. The BBC reported in March that the stores generate annual sales of more than $6 million and there are plans to expand into other states and Japan.

"We have had our eyes on NorCal, awaiting a space to open up that just made sense," Rafati said on the Palo Alto expansion. 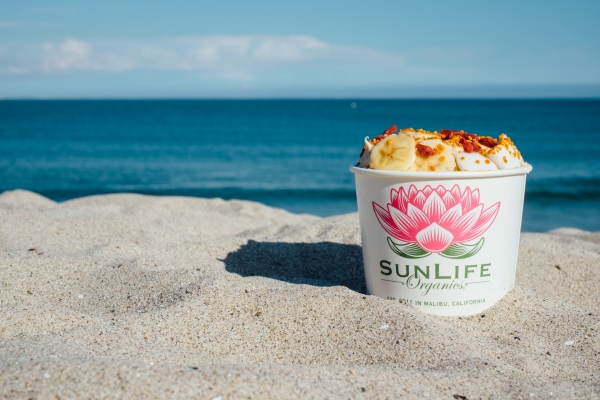 The Palo Alto SunLife will have the same menu as other locations, though ingredients will be sourced locally, Rafati said.

He hopes to be open in October.

SunLife will be blocks away from a very similar establishment: Vitality Bowls, which serves acai bowls, smoothies and juices.

FANTASTIC NEWS! About time we got something better than the sugar-laden Jamba Juice. Along with Vitality Bowls and Pressed Juicery, Palo Alto is starting to wake up! Poor Paly kids who only have JJ within walking distance :((

Some of the best jobs around
By Sherry Listgarten | 4 comments | 2,095 views

People and Relationships Never Stop Being a Work in Progress
By Chandrama Anderson | 1 comment | 1,033 views