Teaspoon is in the midst of remodeling a space toward the back of the shopping center, behind Palo Alto Cafe, confirmed Jennifer Chao, a franchisee whose brother in law founded Teaspoon. She recently took over the space vacated in 2016 by Nature's Alley, a longtime floral shop. 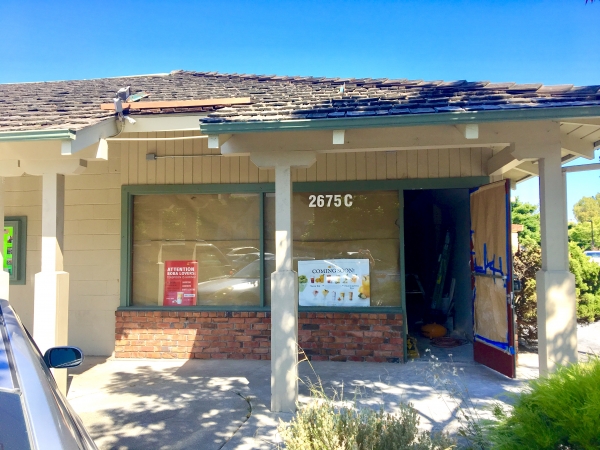 The future home of Teaspoon at 2675 Middlefield Road in Palo Alto. Photo by Elena Kadvany.

Teaspoon serves Taiwanese milk tea and iced tea as well as shaved snow. The tea is brewed to order, Chao said. Customers can customize their drinks, choosing from options like hot or iced, milk or no milk, different levels of sweetness, flavors and toppings. Check out the menu here.

The Palo Alto Teaspoon is one of several new locations Chao plans to open this year, including in Redwood City, San Mateo and Santa Clara.

Chao said she hopes to open in Palo Alto by the end of July. 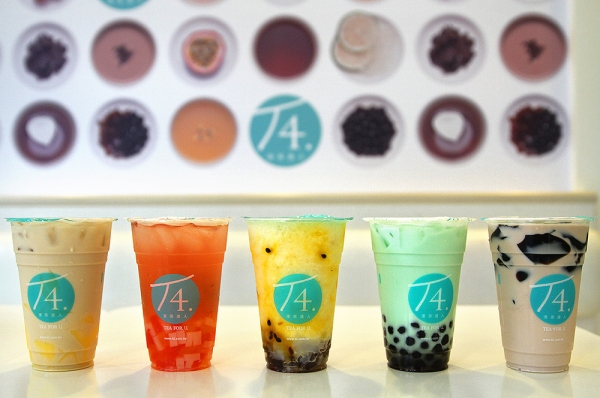 T4 is one of several milk tea shops that has opened in recent years in Palo Alto. Photo by Veronica Weber.

Yippee! Another boutique hot drink shop. We have a Starbucks and Palo Alto Cafe and now a milky tea shop.

What would be very nice is another sit down restaurant so that we can walk to dinner, have a glass or two of wine, and then walk home. Mike's has lost some of its charm and somewhere for us locals to have dinner without having to go downtown would be ever so nice.

It seems all the nice restaurants only want to go to North Palo Alto. We miss out all the time.

Report Objectionable Content
Posted by Too much traffic, a resident of Embarcadero Oaks/Leland,
on Jun 30, 2017 at 6:52 pm


Midtowner--it is called the free enterprise system. This place is probably too small for a sit down restaurant and a full kitchen. Plenty of places on California avenue you could walk to. There really have never been too many sit down restaurants in midtown anyway. Anyway, I am sure people will complain about too much traffic no matter what opens


We are thrilled that Teaspoon is setting up shop in Midtown!

I agree with Midtowner. I think there's a hugely untapped market in the Midtown area for family-friendly places to eat and just enjoy the company of other neighbors. We often walk to the Midtown shopping area for ice cream, coffee, and dinner. We'll be sure to add Teaspoon to our list of regular haunts.

A local pizza joint like Spot or Howie's would definitely be a great addition!

With the loss of so many kid-friendly places in recent years (think Palo Alto Bowl), we really need to inject some fun back into our community and provide our youth with safe places to gather. The only options kids have now are Rick's, Mountain Mike's, and Mitchell Park (and I'm talking about the park itself - not the community center, which scares off the quieter, less extroverted kids).

My kids are already looking forward to the opening of Teaspoon. Like Rick's, I think Teaspoon will add some youthful vibrancy to the area and give the kids a safe place to gather and relax for a bit (before they have to go home and tackle hours of homework).

Report Objectionable Content
Posted by parent, a resident of Midtown,
on Jul 1, 2017 at 5:40 pm


@Midtowner - clearly you have never tried milk tea. Few people order this hot, even on cold winter days (as if Palo Alto ever really gets cold). We are glad to see some diversity coming to Midtown.

Report Objectionable Content
Posted by midtown Visitor, a resident of Crescent Park,
on Jul 7, 2017 at 5:49 am


I pass through mid-town frequently but rarely stop at my bank, Philz or Century Liquor or even that baker's place that's now an optical dispensary. There's very little parking unless you invade Safeway's lot or use a side street. The take-and-bake pizza place and the Thai place probably do OK. But the breakfast place struggled. Expecting a sit-down dinner place for families without parking and reasonable prices is a bit much for that place. They'd never be able to make rent with being full and noisy every day. Mid-town is probably better suited to fast casual and take-out than a sit-down place which requires wait staff *and* parking for them, something downtown is struggling with as it is.

Report Objectionable Content
Posted by Question, a resident of Midtown,
on Aug 7, 2017 at 5:05 pm


Since a new store is opening, does this mean that the new owners have decided against razing this part of the shopping center and building housing?

Do the store owners know that this site is due for demolition?

Our First Anniversary in my Husband’s Retirement
By Chandrama Anderson | 0 comments | 2,303 views