The restaurant is located in a new section on the north side of the mall on Lady Ellen Place. (See this shopping center map for reference.) There's plenty of seating inside, as well as outside in a shaded patio. 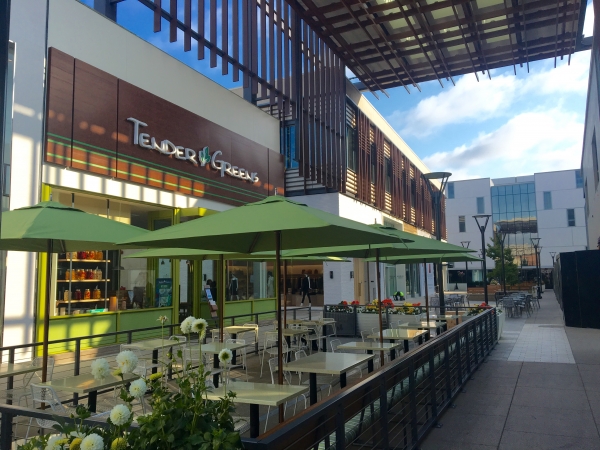 The Palo Alto Tender Greens will open on Wednesday, Aug. 31, at 11 a.m. Photo by Elena Kadvany.

This will be the fourth Bay Area location of Tender Greens, which was born in Southern California more than a decade ago. The three original founders — Erik Oberholtzer, Matt Lyman and David Dressler — met in 2002 while working at Santa Monica hotel Shutters on The Beach (Dressler was the director of food and beverage and Oberholtzer and Lyman worked as chefs).

"Fed up with the corporate work environment," the Tender Greens website reads, they decided to open a restaurant that would serve the food quality of a high-end restaurant but in a casual atmosphere at much lower prices. The company calls this "fine-casual." All items at Tender Greens are $12 or less.

Today, there are 23 Tender Greens locations throughout California, including locally in San Francisco and Walnut Creek. Each location is managed by an executive chef with a background in fine dining. The chefs are given free range to create daily specials that go beyond the menu's typical salads, sandwiches and soups.

In Palo Alto, that chef is Sean Eastwood, a native of England whose resume in the United States includes time at high-end San Francisco restaurants like La Folie and Kokkari (Evvia's sister restaurant). He also helped open Scratch in downtown Mountain View and stayed there for a year until moving to Navio, the Ritz-Carlton Half Moon Bay's restaurant. For the last two-and-a-half years, he's been with Tender Greens, working at the Walnut Creek location. 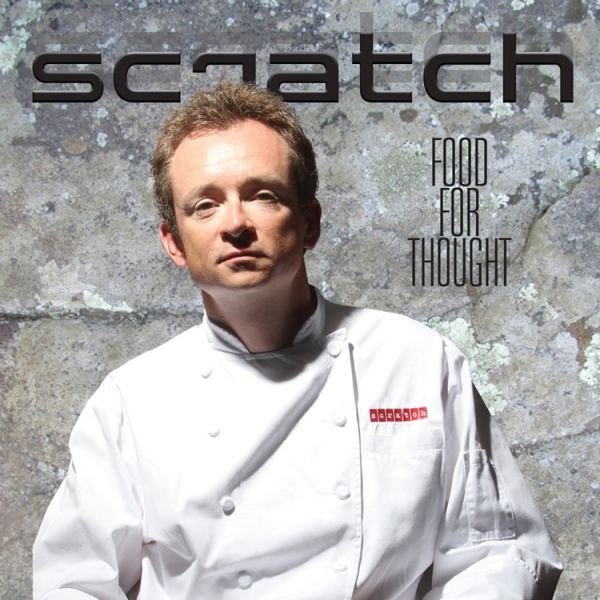 What sets Tender Greens apart from the many other healthy fast-casual dining options popping up in the Bay Area? First, the company is chef-driven, Eastwood said, but the "bottom line is our ingredients."

"The product I'm checking in right now is exactly the same if not better product than is going to the Ritz Carlton," he said in an interview at the new Stanford Shopping Center restaurant.

Much of Tender Greens's produce comes daily from Scarborough Farms in Oxnard (an investor in Tender Greens). When Scarborough doesn't have what the restaurants need, they work with local farms that use sustainable farming practices, according to the company website. Eastwood said the Palo Alto team has been doing some "reconnaissance" at local farmers markets in recent weeks to build partnerships with farmers.

"We don't compromise on anything." Eastwood said. "Our chicken is from Mary's (Organic Chicken); our tuna is line-caught from Fiji; our steak is grass-fed. Every single ingredient has got some thought behind it where it's coming from."

The opening menu at Palo Alto, which will rotate seasonally, includes "big salads" ($12) like the salami and kale (P. Balistreri salami, kale, roasted fennel, golden raisins, fingerling potatoes, crispy garbanzo beans and American Grana Parmesan tossed in a roasted-garlic vinaigrette) or the "Harvest" (nuts, cheese, Scarborough Farms lettuces and seasonal fruits that come within a 10 to 15 mile radius of the restaurant, according to Eastwood). The other main menu section is "big plates" ($12) — dishes like fried chicken, herb-brushed albacore tuna and marinated steak — that can be served on a sandwich, as a hot plate or on a salad. There are also soups and sides available.

As at other fast-casual restaurants, diners order and watch their salads get mixed from a row of ingredients behind a glass counter. Substitutions are welcome.

Eastwood will only be with the Palo Alto location for about three months, after which he'll transition to help open another Tender Greens in Berkeley, he said.

Tender Greens is one of several new eateries to hit Stanford this fall, including Go Fish Poke Bar, 3potato4 and True Food Kitchen.

Arya Steakhouse, a standby for steaks and Persian cuisine, moves to downtown Palo Alto
By The Peninsula Foodist | 0 comments | 3,143 views

We need an audit of city spending
By Diana Diamond | 4 comments | 1,448 views