Uploaded: Jul 27, 2016
Tired of the poké trend yet? Yet another fast-casual eatery drawing on the Hawaiian seafood dish is opening locations in both Palo Alto and Redwood City later this year, owner Jerome Ito confirmed Wednesday.

Ito hopes to first open at Stanford Shopping Center this fall, and then in downtown Redwood City by the end of the year. At Stanford, Go Fish Poke Bar will take over half of two spaces recently vacated by Red Mango and Auntie Anne’s Pretzels, which both closed on July 10 after three years of business. The Redwood City restaurant will be at 823 Hamilton St.

Ito, a Los Angeles native, attended culinary school there and also earned his chops under well-regarded sushi chef Andy Matsuda at his Sushi Chef Institute in downtown Los Angeles. After spending several years working in sushi bars and other restaurants around Los Angeles, Ito moved to the Bay Area with his wife. Ito spent just under a year as head sushi chef at Bushido Izakaya in downtown Mountain View (he's friends with the owner) before getting "recruited" by none other than Google, he said.

Google had no dedicated sushi bar on campus and wanted Ito to open one. There, Ito honed his recipes as well as his management and hospitality skills, he said. He left Google in 2014 run his own catering company, and opened the first Go Fish Poke Bar the following year.

Ito said he's often asked why, given his background, he doesn't open a sushi restaurant. He said the Bay Area is a uniquely hard place to hire quality sushi chefs. Plus, being a successful head sushi chef — the "focal point" of any good sushi bar — would mean being tied to one place, when he knows he wants to pursue multiple projects. 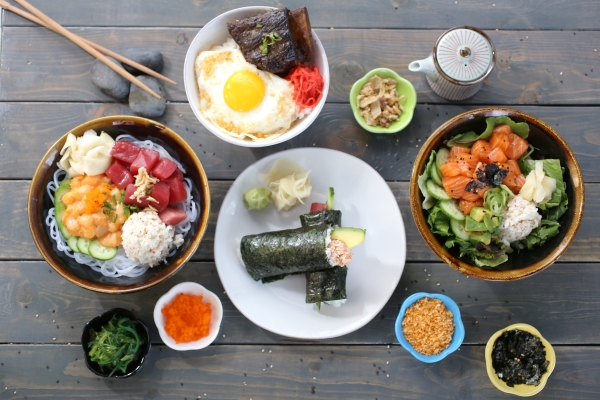 In a nod to Ito’s background, Go Fish also serves handrolls. Opt for the "Bacon of the Sea" (crispy miso salmon skin, cucumber and green onion), spicy tuna (strata, sesame oil, togarashi and cucumber), "Real Crab" (crab, cucumber, mayo and sesame seeds) or veggie (cucumber, sweet soy shiitake, Gilroy garlic furikake and green onion). All are $4. Ito sources the seaweed for his handrolls from Japan. The seaweed is also wrapped separately in plastic to preserve freshness and prevent the roll from becoming soggy if it isn’t consumed immediately after purchase, Ito said. (Don't worry; the packaging includes illustrated directions for how to assemble it yourself.) 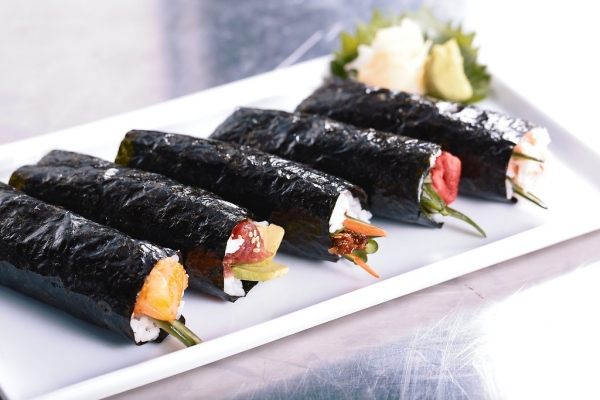 He's eyeing a late September/early October opening for Stanford; stay tuned for official opening details. Go Fish Poke Bar is one of numerous new eateries set to descend upon the high-end mall in the coming months. Others include True Food Kitchen, Tender Greens, and Minamoto Kitchoan. 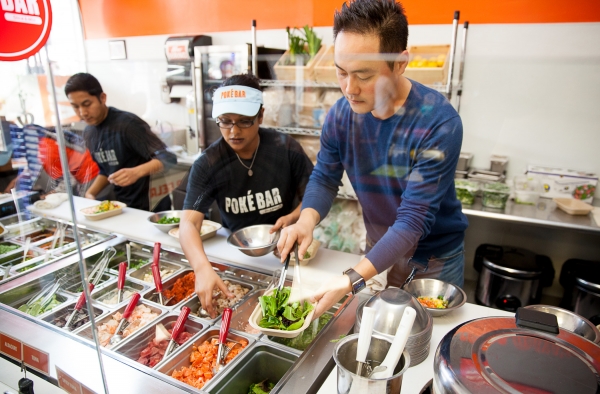 Chris Lim, right, owner of Poké Bar in Mountain View, preps a bowl during the lunch rush at the fast-casual eatery on Feb. 9, 2016. Photo by Michelle Le/Palo Alto Weekly.

Ito is refreshingly honest about this seemingly incessant trend: Many restaurateurs "are just trying to open as many (locations) as they possibly can while it’s hot," he said. "They don’t care what they do as long as they open more doors."

He claims he’s different, and prioritizes quality and care over trend and profits.

"I don’t want to open a million of them just to make money for the time being," he said. "I'm trying to be the best poké place in the area."


More choice is nice, but only if it really is more choice. The poke places around here are all so similar. They give us small portions of only a few kinds of fish. Then mix in or pile on lots of different veggies and heavy sauces.

How about innovating by giving us different kinds of fish and other seafoods besides fish. Maybe different cuts of fish as well (not just little pieces). Some Hawaiian-style poke (pre-marinated) would be great, too. The non-marinated fish that most of these places use tend to dry out after it is cut a long time before serving, and thus lose its flavor. Traditional Hawaiian poke is very simple to highlight the natural flavor of the fish, not the sauces and mixed-in veggies.

Report Objectionable Content
Posted by Garick Chan, a resident of Menlo Park: other,
on Jul 28, 2016 at 6:43 am


Heh, I wonder if they will have a Pokémon Go pokestop or gym at this location..