Nafar could not be immediately reached for comment, but the Weekly has often written about his past ventures. With his wife Soussan, Dar opened Robaii Falafel and Persian on the corner of Hamilton Avenue and Cowper Street in 1998. In its twelfth year of business, the Persian restaurant closed after in 2010. The Nafars next opened Thyme to Eat at the 448 University space in October 2012. 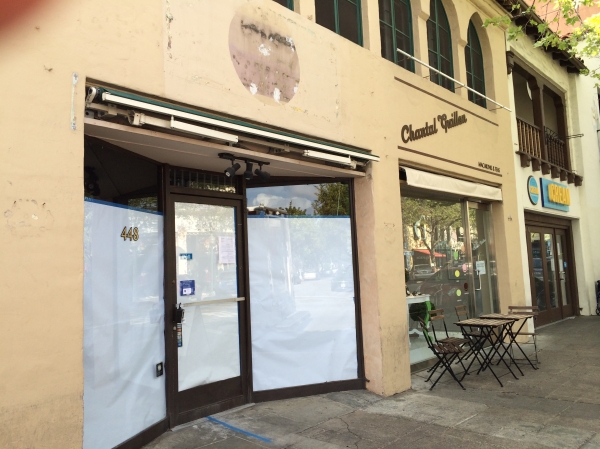 The shuttered space on University Avenue.

The Daily Post reported last week that Sushirrito, a casual sushi-burrito hybrid restaurant from San Francisco, is taking over the downtown space. Owners Peter Yen and Ty Mahler could not be reached for comment.

Sushirrito slings made-to-order burrito-sized sushi rolls, all between $9 and $12 and stuffed with Asian- and Latin-style ingredients ? sort of like a larger hand roll. Check out the eatery's Yelp page for a better idea.

This would be Sushirrito's first foray south, following three locations in the city. The move would make that block home to three San Francisco transplants -- Umami Burger at 452 University and Chantal Guillon at 444 University, with Sushirrito between.

Stay tuned for more concrete details on the future of 448 University Ave.

I never saw anyone at this sad little joint. I just wish people without experience or with low quality products would stay away from downtown Palo Alto. Haven't people realized that only places with good quality is a requirement for Palo Alto?

The Sushiritto has some chance of survival but the quality needs to be at least good.


I mean this in the nicest way possible: that's just rude, Maria. I was their customer since '99. They are not "without experience" nor do they serve "low quality products." I know, as the article mentions, they owned two previous bussinesses, it is unfair to comment without reading the article or even trying their food. It's a real shame that corporations are running University Ave., while family run businesses fail time and time again. They were very successful in their earlier ventures. I wish them the best. .

Residents of multi-family housing should have access to EV charging
By Sherry Listgarten | 8 comments | 4,340 views