Marley & You: Is your dog a Canine Good Citizen?

Uploaded: Jan 8, 2014
This post is part of an occasional series that explores how to make the most of the relationship with our dogs, on both a training and philosophical level. Since it's a new year and we're all trying to put our best foot forward, this post is a suggestion that the concept of canine good citizenship can be part of our new year's resolutions.

The American Kennel Club has a certification called Canine Good Citizenship, which involves review of the dog by AKC evaluators on the points listed below. The CGC test is a good personal benchmark for your dog, even if you don't pursue it formally. While it can be human nature sometimes to avoid challenges, the CGC list can be a good way to pick something to work on in the new year.

For example, I know dogs who are absolutely marvelous at basic obedience without distractions, but have real trouble around other dogs. Or dogs who seem perfect at everything, but have trouble with separation, ironically because the owner has put so much personal training time into them. Or dogs who are big, cuddly lovers to the world, but can't ever seem to remember how to sit, stay or come. The key to success I think is viewing this as a pleasant hobby, not a task, and just working at it by putting time on your dog, and giving more repetitions to areas of challenge. Apply the phrase, "Rome wasn't built in a day," liberally, if you get discouraged.

This also can be a great way to get to know your neighbors and their dogs. Sometimes there's a bit of shame around having an unruly dog, and conversely a bit of judgment or ostracism of the person with that dog. If you see your neighbors out with their dogs, you might ask if they would mind walking together for a bit, so you can work on your dog around others. If their dog is perfect, they should be delighted to serve as your role model, and if their dog needs work too, they would probably appreciate having some camaraderie. Also, it's easier to approach people if you say you are training your dog, as most people will want to help you if they know you are working on manners, intensity, obedience or whatever.

The CGC certification is also now an AKC title, if you're interested in putting titles on your dog. Often people pursue titles for their dog as part of their hobby of working with their dog, to mark the joint accomplishments they reach. Also people who breed purebred dogs sometimes put titles on their dogs to evidence the dog's aptitude in various working areas, such as obedience, agility, tracking and performance events.

Here is a summary of the elements of the CGC test.

1. Accepting a friendly stranger
Does the dog allow a friendly stranger to approach and interact with the handler, while ignoring the dog, without fear or other issue? Most dogs are okay around other people, but sometimes a dog has an aversion issue, for example if they haven't been exposed to children, or were rescued and have developed fears from past experiences.

2. Sitting politely for petting
Does the dog allow a friendly stranger who has approached to pet its head and body without fear or other issue? Same as above.

3. Appearance and grooming
Does the dog allow the stranger, who could be a groomer or veterinarian in real life, to inspect the dog, by brushing it, examining the ears and picking up each front foot? Same as above, but this takes practice because your dog can find it weird to have people touching its paws, etc.

4. Out for a walk (walking on a loose lead)
Does the handler have control of the dog on a loose lead, where the dog walks at the handler's side and follows his changes of direction? A lot of people have problems here if they have not focused on how they walk their dog. It doesn't have to be a formal "heel and sit" situation, but you do need the dog walking next to you and following your lead. See my prior post on the art of walking your dog for pointers.

5. Walking through a crowd
Does the dog handle movement through public places and pedestrian traffic without straining the leash, lunging at people, or other issue? This is related to the leash control and socialization items above.

6. Sit and down on command; staying in place
Does the dog do a sit and a down on command? Does the dog do either a sit or a down and a stay, at a distance of 20 feet on a long lead, and stay there until the handler returns and releases him? This is basic obedience. It's useful to train for obedience because that reinforces the overall civility of your dog in society. Also, it can protect their safety in situations where you lose the leash, etc.

7. Coming when called
Does the dog come when called by the handler, at a distance of 10 feet or more? Same as above.

8. Reaction to another dog
Does the dog behave politely around other dogs, in a scenario where two handlers and their dogs approach each other from a distance, then stop and visit at arms-length for a moment, before continuing on, such that the dogs are only mildly interested in the other and stay with their own handler (not a doggie meet and greet). Many dogs have issues with other dogs, which get worse because the owner practices avoidance of the problem. Work on developing casual indifference, by exposure, training and distractions.

9, Reaction to distraction
Is the dog comfortable with common distractions, such as joggers running by, chairs being knocked over, and the like, without reaction such as barking, panic, running away, etc. Generally if your dog is okay with the above, he can handle this type of thing, unless he's stressed or fearful.

10. Supervised separation
Does the dog feel comfortable with a supervised separation, without whining or other stress reactions, in a situation where someone it doesn't know holds its leash while the handler goes out of sight for several minutes? Many people haven't tried this and it's interesting to find out how your dog does in this scenario. This is related to the successful tie-out, where you leave your dog outside the grocery store while you go buy some milk. If your dog has problems with people, other dogs, or anxiety, the tie-out isn't an option. So you will want to work your way up to that by starting where your dog is, and addressing the various components that he's having trouble with.

As you can see, it's worth reviewing the AKC's Canine Good Citizenship list to assess where your dog might need some more development. If your dog happens to be perfect, pat yourself on the back, keep up the good work, and think about helping others! 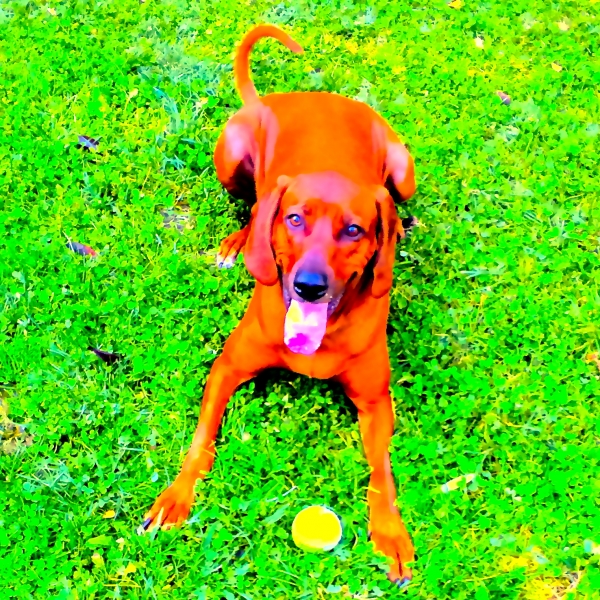 Jumping on a bandwagon that ends up breaking down
By Diana Diamond | 22 comments | 4,991 views